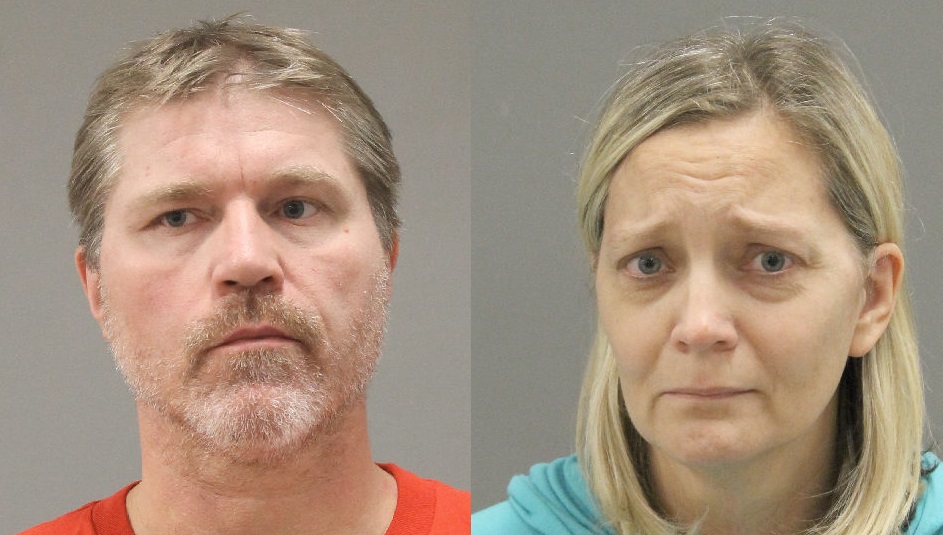 ROCKFORD — A Winnebago couple has been indicted on a host of criminal charges in connection with the alleged abuse of two children.

Christopher J. Williams, 47, and Kathryn A. Williams, 49, were arrested Wednesday on 24 charges each, including attempted murder and aggravated battery of a child.

Charges against the couple stem from an investigation by the Winnebago County Sheriff’s Office, the Illinois Department of Child and Family Services (DCFS), and health care providers such as Ann & Robert H. Lurie Children’s Hospital of Chicago, Merchyhealth and Wisconsin Children’s Hospital.

“On Aug. 20, the sheriff’s office received a report of suspected abuse from DCFS,” Sheriff Gary Caruana said. “On Aug. 30, the detective bureau and the state’s attorney’s office issued a protective-services warrant for the kids and a search warrant for the house.”

A 13-year-old girl and an 11-year-old boy were placed in protective custody the next day, the sheriff said.

According to the bill of indictment, the defendants “knowingly reported false medical symptoms and medical diagnosis to medical personnel, causing medical procedures and medication to be provided to (names redacted) other than as medically necessary and such that death could ensue.”

Over the years, the Williams’ children were featured in local news stories about how they were living with an array of health problems such as heart, brain and stomach conditions. Because of those conditions, the family was assisted by area charities and organizations.

Officials allege that between Dec. 15, 2015 and Dec. 30, 2017 Kathryn and Christopher Williams fraudulently accepted an assistance dog and an all-expense-paid trip to Disney from the Make-A-Wish Foundation.

Winnebago County State’s Attorney Marilyn Hite Ross said the couple was seeking hospice care for the children when they did not need it. One of the children was unnecessarily confined to a bed and wheelchair, causing permanent tendon damage. Based on inaccurately reported information, the child relied on an ileostomy bag.

“Abuse comes in many forms,” Hite Ross said. “It can be physical, it can be emotional, and it can be psychological. It can also be medical abuse. An example of medical abuse is over medicating a child, looking for procedures to take place regarding the child that may not be necessary.”

Since they’ve been in protective custody, the children have received medical care and are doing well, Hite Ross said.

“Mr. and Mrs. Williams love their children and would never do anything to place them at risk of harm,” the statement said. “It is important that this case is tried through the court system, where evidence and facts matter, and not through the media or the court of public opinion.

“We look forward to fighting this case in a court of law, where we expect the evidence will show that Mr. and Mrs. Williams are innocent.”

Kathryn and Christopher Williams made their first court appearance Thursday but were not listed in the Winnebago County Jail log following that hearing. Court records show their bonds are still at $1 million each. They are back in court Jan. 18. R.