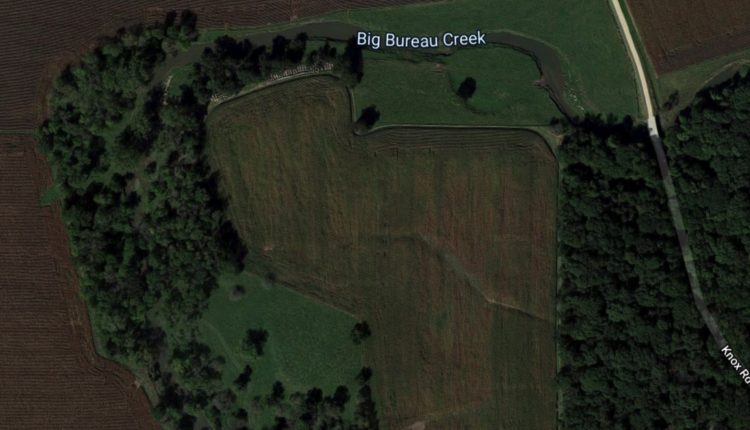 Editor’s note: The following is the sixth installment in a series about the disappearance of 21-year-old Veronica Blumhorst, who vanished Sept. 20, 1990, after finishing her shift at a Mendota, Illinois, grocery store. Her car was found in her garage less than a mile away and it is believed she had only $10 on her when she vanished.

MENDOTA – While Veronica Blumhorst is still officially listed as missing person, new information suggests the case should be a homicide investigation.

Since Blumhorst disappeared without a trace more than 29 years ago, several theories have emerged. Did she secretly leave town in search of her birth parents without first picking up her paycheck? Did Veronica mean Mendota when she reportedly told a colleague she had to “get out of here”? Or, was she, as some suspect, picked up by someone she knew, killed and dumped somewhere? Some say the latter is not only the case, but that Veronica’s remains have likely been right in law enforcement’s back yard this whole time.

A source The Times talked to said a September 2014 search of the Lee County Water and Soil Conservation District’s Bartlett Woods Nature Preserve that turned up nothing was not expansive enough. It focused on a small area northeast of Knox Road between Henkel Road and Big Bureau Creek, about three miles from the town of Sublette, Illinois. The effort, which included a small amount of digging, followed two 2013 searches by cadaver dog teams hired by Veronica’s brother, Todd, who has since died from cancer.

The source says had police continued west, they would have likely found clues about 475 to 500 yards downstream near a creek belly that’s about 10 to 12 feet deep.

“I cannot say within feet, but she’s either in the belly of the creek before the 90-degree bend, or around the area of the hay bales next to it, possibly even under them,” the source said. “If they search in that area, they would either find her remains in the water or some sign of her buried near there.”

The source, who does not wish to be identified, would not say how this information was gleaned only that there is strong reason to believe Veronica was strangled, possibly shot, wrapped in a blue tarp and dumped over the west side of a metal bridge on Knox Road near Bartlett Woods.

Blumhorst family spokesman Doug Truckenbrod said he reviewed the latest information and cannot find any reason police should ignore it.

“If the source agrees to work with police, the search should be expanded with the source giving direction,” Truckenbrod said. “I trust the source. The faith in the Mendota Police Department was lost 29 years ago.”

Truckenbrod, who grew up across the street from the Blumhorsts, said he’s been immersed in the case since the night Veronica went missing.

At around 11:45 p.m., Sep. 19, 1990, Truckenbrod was on his way to his third-shift job at RR Donnelley when he pulled into a gas station at Jefferson Street and 13th Avenue and noticed something he hadn’t seen in small-town Mendota before–an SUV with a drab camouflage paint job parked next to the building. Its other markings indicated it was a security vehicle for Woodhaven Lakes, a camping resort in Sublette, about 12 miles away.

While thinking it was odd to see a Woodhaven vehicle in Mendota, Truckenbrod said he wasn’t alarmed at the time. He wasn’t thinking about Veronica Blumhorst. He had no reason. Nobody knew she was missing until late morning Sept. 20. Then came a statement by Veronica’s boyfriend that he may have picked her up in a van or a truck and hurt her. Truckenbrod also learned another fact about the case.

“I was talking to my mom about the boyfriend and she mentioned his dad and that he was head of security at Woodhaven,” Truckenbrod said of the 1990 conversation. “I about fell off my chair. I immediately called the Mendota Police Department and (Investigator John) Pakenham came up and took a report about what I saw.”

After speaking to Veronica’s boyfriend, police searched his family’s Sublette property and found no signs of her. An extensive search that included dozens of volunteers and nearby fire and rescue teams also turned up nothing.