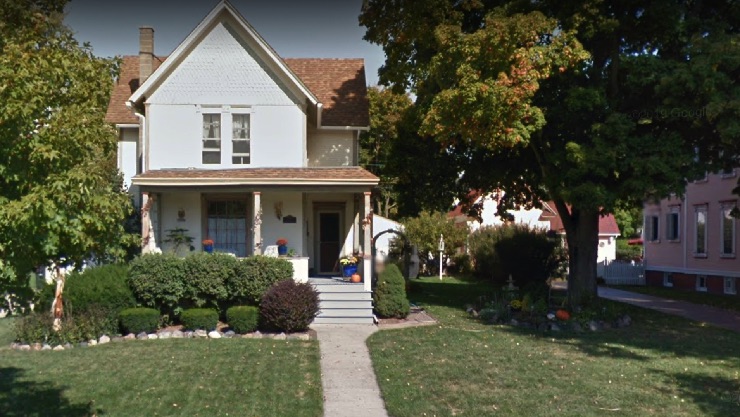 Editor’s note: The following is the 10th installment in a series about the disappearance of 21-year-old Veronica Blumhorst, who vanished Sept. 20, 1990, after finishing her shift at a Mendota, Illinois, grocery store. Her car was found in her garage less than a mile away and it is believed she had only $10 on her when she vanished.

MENDOTA – Police were quick to dig up a handful of men Veronica Blumhorst had dated before she vanished 29 years ago.

Aside from her current boyfriend, the man who reported her missing and gave peculiar statements to police, nothing appeared amiss. Veronica was cordial with her exes. She even remained friends with one man.

And while her most recent beau has been the de facto suspect for the past three decades, investigators may have overlooked a relationship she was reportedly having with another man, a tryst few knew little about.

“We are looking into details about that reported relationship,” Blumhorst family spokesman Doug Truckenbrod said. “It may have been going on for some time before her disappearance.”

And by some time, Truckenbrod means while she was seeing her current boyfriend, which now makes for a plot twist akin to a low-budget romance novel. But Truckenbrod isn’t ready to call the latest development a love triangle. That will depend on the true nature of both relationships and whether they ever clashed.

“Veronica was a young woman trying to make her way in the world and kept some of her personal life private, as many 21-year-olds do,” he said.

According to her parents, she was seemingly happy with her boyfriend. There was no official engagement but the couple had discussed marriage. And other than a bruise on her face after a weekend with him, there was no established pattern of abuse. Veronica said the injury occurred when she hit her face on a speaker at a polka concert. The matter was dropped. The man’s co-workers reported that he often had angry outbursts but wasn’t known to hurt anyone. And because he has stopped talking to police and there’s been nothing to connect him to a crime scene, the investigation remains stalled.

Although details of Veronica’s relationship with the second man aren’t clear, information gleaned from sources indicates there was much at stake for keeping it quiet.

“What we are fairly certain of is that the man Veronica was secretly seeing was married,” Truckenbrod said. “He was someone who was familiar to her and not someone she had recently met.”

Truckenbrod said recent the relationship may be related to a report that a man, who some claim was an off-duty police officer, was spotted inside Dempsey’s SuperValu the evening of Sept. 19, before Veronica ended her shift and drove home. The man, who reportedly was in the market for approximately 30 minutes without making a purchase, was never questioned or mentioned in a police report.

“We find it incredibly frustrating knowing that police went through the trouble of locating some of Veronica’s old boyfriends but did not dig deep enough into other relationships we are finding about now. He needs to be questioned without a doubt,” Truckenbrod said.

That questioning may not come any time soon. That’s why Truckenbrod is turning part of his investigation toward an area near the Blumhorst garage. He is currently working with neighbors, some of whom still live on or around Monroe Street, to find possible clues that Veronica visited an adjacent property before she vanished. Doing so, he said, could tie up loose ends about her romantic  relationships and her last night at the grocery store.

What Truckenbrod is expecting to discover on nearby property, he isn’t certain. It’s been nearly 30 years; a lot could be lost. But not much about the neighborhood has changed. With the exception of minor upgrades, the houses are largely as they were in 1990, leading him to believe that if something of note has been preserved, there’s no reason it can’t be found. And because he and others on his team are familiar with Mendota, they have an advantage – access to some of the properties, even ones occupied by new families.

Count to 10. The Mahomes nightmare remains

‘Making a Murder’ subject Steven Avery has coronavirus, expected to…