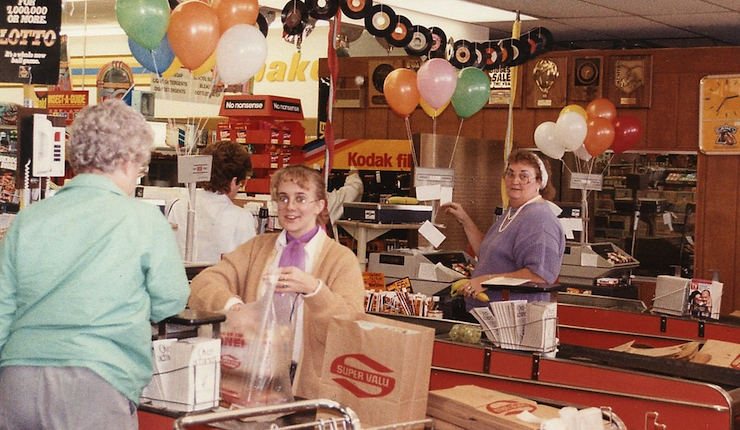 Editor’s note: The following is the 14th installment in a series about the disappearance of 21-year-old Veronica Blumhorst, who vanished Sept. 20, 1990, after finishing her shift at a Mendota, Illinois, grocery store. Her car was found in her garage less than a mile away and it is believed she had only $10 on her when she vanished.

With the exception of Hoffa, whose story is virtually made for the screen, Converse, Murray and Veronica Blumhorst remain on a list of people who seemingly vanished into thin air. But, have they?

Revisiting the circumstances of Hoffa’s disappearance does shed light on what happened to the others, namely Veronica, who, by definition, is still a missing person. “The Irishman” put Hoffa back into limelight for another re-telling of the widely accepted premise that the union boss was killed by the mafia. Although there’s little doubt the mob was responsible and that Robert De Niro was entertaining as Frank Sheeran in the Netflix hit, whether Sheeran killed Hoffa is hotly contested. The point is, Hoffa didn’t just vanish but was disposed of by someone who knew how to make someone seemingly do so.

Converse’s disappearance comes with a degree of lore but in the end it’s clear what likely happened to her. An introverted songwriter, folk artist and managing editor of a prominent academic journal, Converse was emotionally burnt out when she left Michigan to start a new life. While some believe the 49-year-old may have been abducted on that trip, others say well-documented alcohol abuse and severe depression probably drove her to suicide. As in the case of Jimmy Hoffa, Occam’s razor is a good place to start.

Murray hasn’t turned up in many years either. It is believed she left voluntarily Feb. 9, 2004, the day she she walked away from her car after it crashed into a snowbank near Haverhill, New Hampshire. According to witnesses, the driver, believed to be Murray, refused help from motorists and claimed she was waiting for Triple-A.

When authorities arrived at the scene, Murray was gone. During the investigation, certain oddities began to emerge, things she did before her car was found. That morning, the nursing student emailed her professors and work supervisor that there had been a death in her family and she’s be gone for a week. Police later learned there was no death. Court records show she had been arrested three months prior for using a stolen credit card at several restaurants. A judge later dismissed the charges after a period of good behavior.

Murray’s story got even more complicated when police found alcohol containers in her car and that she may have been intoxicated two days earlier when she drove her father’s vehicle into a guard rail and tore up the front end to the tune of $10,000. Then there’s the theory that her boyfriend, who reportedly had a history of sexual assault against women, killed her and dumped her body somewhere in Maine. Seems likely, right? Not exactly.

Murray was also seeing another man, a track coach she would meet at a remote cabin near Haverhill. It is believed she was headed there when she crashed. Since Murray hasn’t been seen in 16 years, perhaps only one person knows the details of her whereabouts. What is known is that both of her relationships have been verified, suggesting that the men are solid persons of interest and that Murray just didn’t dematerialize for no reason.

Those close to the Veronica Blumhorst case don’t believe she simply vanished either even though there’s been no sign of her in more than 29 years–not one single shred of evidence that suggests she’s still alive. There’s no proof she’s dead either, which continues to lend to the theory that her boyfriend, a 22-year-old computer tech who suffered from a nagging brain injury, masterfully made her disappear without a trace, then kept the crime to himself while raising a family in another town.

Of course, because Netflix has has shown us all what sociopaths truly look like, it’s easy to assume Veronica was dating a man capable of killing without compunction. Possible? Sure. Probable? Not very, especially since recent details have raised new issues with her personal life.

Several independent sources have reported that Veronica had been seeing a married man around the time she disappeared. It is also been suggested that she attempted to end that relationship to be with her boyfriend. After all, they’d been talking marriage. And the other relationship was not only just physical, it was flat-out wrong. The other man belonged to another, a woman some say Veronica also knew. The scenario still puts the boyfriend in the hot seat. He may have found out about the other guy and did what he reportedly told police he may have done: “lost his mind” and killed Veronica. There’s just one problem with that. It doesn’t really track with other aspects of the investigation.

According the the police report, Veronica’s boyfriend, who suffered from memory loss, told police he may have hurt her because he thought she was pregnant. However, it was not suspected by anyone in her family that she was with child. According to her sister, she was menstruating heavily around the time she went missing, adding to the discomfort of a current round of mononucleosis. This casts serious doubt on the pregnancy theory but still begs the question why her boyfriend, a man she planned to marry, would kill her because of a baby?

Then there’s the reportedly lost evidence.

Early in the investigation, the Mendota Police collected some of Veronica’s personal items, a toothbrush, hairbrush and bedding from her room. Each was a potential source of DNA and other possible clues. And because Veronica and her boyfriend were sexually active and, according to Todd Blumhorst, had been together in his sister’s room, her boyfriend’s DNA may have been on the bedding.

The discovery of DNA belonging to Veronica’s boyfriend would not have indicated homicide but it could have placed him at a potential crime scene even though he had been there previously. But because the brushes and bedding are reportedly nowhere to be found, it’s hard to determine if they pieces of the investigative puzzle.

The Rock River Times is currently awaiting documents requested under the Freedom of Information Act that indicate whether a toothbrush, hairbrush and bedding from the Blumhorst home were sent to the Illinois State Police Crime Lab in 1990.

It also remains unclear why the Blumhorst garage and Veronica’s car were not immediately processed for evidence. The car had been reportedly driven in the rain after she went missing and was covered in dust when it was fingerprinted almost two weeks later. Nothing conclusive was found.

According to Blumhorst family spokesman Doug Truckenbrod, what is conclusive is that the person who made Veronica vanish went about it meticulously, knowing she would likely never be found. The plan took some doing.

“I find it difficult to believe that a 22-year-old kid could not carry out the perfect crime where someone just disappears without a trace of evidence or a body to be found,” Truckenbrod said. “It’s a made-for-TV crime story. The only problem is, it’s reality.”

The same, tired lessons of January

‘Making a Murder’ subject Steven Avery has coronavirus, expected to…