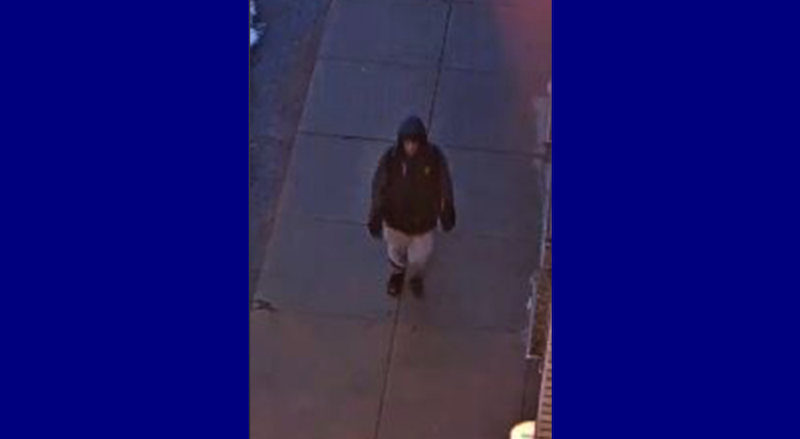 ROCKFORD – The Rockford Police Department is asking the public for its help to identify a suspect they say robbed a woman at gunpoint downtown last week.

The suspect is described as black male, approximately 40 years old, 5-8, around 230 pounds. He was wearing a black and purple coat with a hood, tan pants, black shoes and black gloves.

The man was carrying a purple backpack.

Police say around 5:40 p.m., Monday, Feb. 17, the suspect approached a woman outside an apartment building in the 400 block of East State Street, pushed her down and brandished a pistol. He then took an undisclosed amount of cash, a cellphone and prescription drugs drugs from victim before fleeing on foot down an adjacent alley.

Surveillance footage shows the suspect walking near the scene prior to the incident. Witnesses say the man may be someone who is known to frequent the area.

Information may also be reported to the Rockford Police Department via Facebook–@RockfordIllinoisPoliceDepartment– and Twitter–@RockfordPD.

A video of the suspect is below.