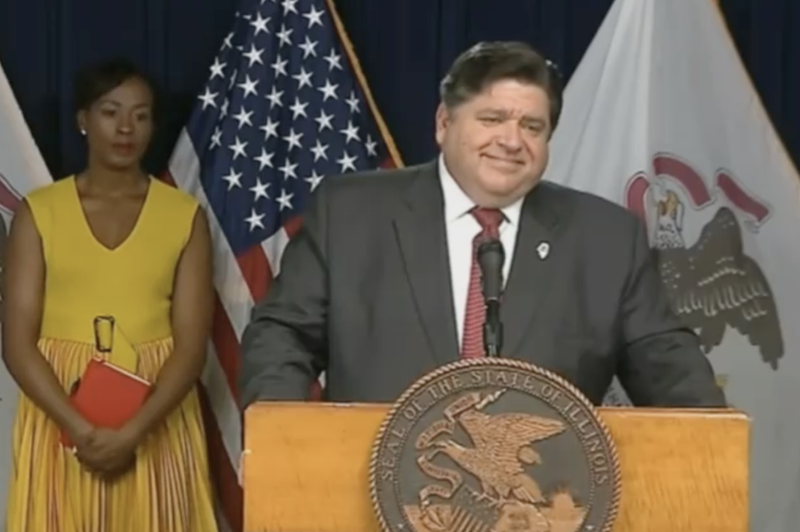 ROCKFORD – Although Vice President Mike Pence suggested that Easter gatherings be kept at no more than 10 people, Gov. J.B. Pritzker has another message for the people of Illinois.

“I would like people to stay  at home,” the governor said Friday during his daily press briefing. “It is the safest, best thing that they can do. Stay home. Celebrate at home. You can do so (with extended family) through telecommunications, videoconferencing–Zoom or Skype or some other method.”

Pritzker said he celebrated Passover this week with his family using Zoom.

“It was almost fun,” he joked. “You can connect with people that might not otherwise be able to get to you on a typical Passover or Easter, so this is an opportunity for you to experience it together. It’s kind of like being in the same room. If anyone saw the old TV show, ‘Hollywood  Squares,’ it was pretty much like ‘Hollywood Squares.’ You can see everybody on the same screen and talk to them all. It was quite good.”

Friday’s deaths did not include those of twoWinnebago County residents announced locally yesterday.

Fulton and Greene counties are now each reporting a positive case of  COVID-19. There are now 17,887 confirmed cases of the coronavirus disease in 83 of Illinois’ 12 counties. The death toll is now 598.

“Everybody would like to get together for the holidays,” Pritzker added. “But the teachings from the Bible tell you that it is our obligation to save a life if we have the opportunity to. Staying home is saving a life, not just your own but somebody else’s.”