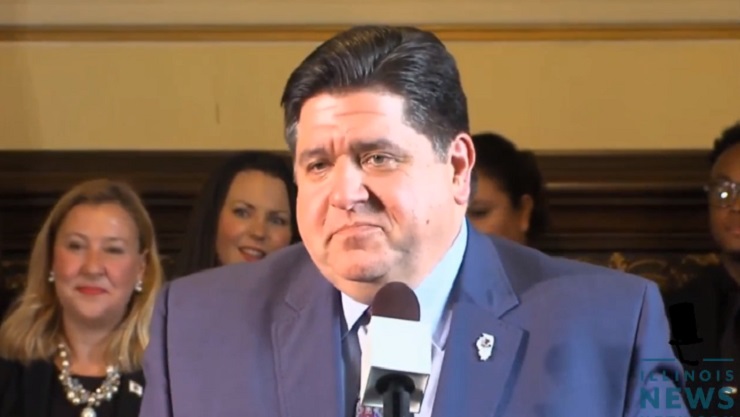 SPRINGFIELD – As Gov. J.B. Pritzker prepares for talks with legislative leaders about possible tax rates and income levels for a progressive income tax in Illinois, a pro-business group is calling for those discussions to be done in public.

Pritzker dodged questions on the campaign trail about where he wanted the rates to be, but said he’d like to see tax cuts for middle class and tax increases for the wealthy. The governor told CBS Chicago that’s he’s now ready to negotiate rates with legislative leaders.

“We’re shortly going to be having conversations with leadership about rate structure, for the graduated income tax, to make sure we have a fair tax system,” Pritzker said. “That’s the very first thing we’re going to do after over the next week or two, we’ll be having those conversations.”

Greg Baise, the leader of Ideas Illinois, a group formed to oppose a graduated income tax system in the state, said any such negotiations should be done in the open, especially around tax time.

“As they prepare for April 15 this year, people are sort of paying attention to [income taxes] right now,” Baise said. “So we’re suggesting let’s have openness and transparency. Politicians love to talk about that until they want to start talking about your money.”

A spokesman for House Speaker Michael Madigan, D-Chicago, said he’s “not aware of any plans” for a leaders’ meeting to discuss the rates of a progressive tax.

“The Senate President looks forward to a comprehensive, bipartisan discussion this session. For years people have been saying Illinois should be more like our neighboring states that have more modern and fairer tax systems,” Senate President John Cullerton’s spokesman John Patterson said in an email.

The Senate Joint Resolution Constitutional Amendment for a progressive tax remains in subcommittee.

Republicans are united in an effort to stop any proposal to get rid of the state’s flat tax system, but Democrats have supermajorities in both chambers and Pritzker made it central not only to his campaign, but also to his budget plans for the state. A graduated income tax would have higher rates for those who earn more. The state’s existing flat tax requires people of all income levels to pay the same individual tax rate of 4.95 percent.

“My caucus is united in its opposition to the Democrats’ tax increase on Illinois families and employers,” House Minority Leader Jim Durkin, R-Western Springs, said in a statement. “Higher taxes won’t solve our problems, nor have they ever as history has shown. Higher taxes only lead to more spending and more government programs. Until our state learns to live within its means, we should not ask for another penny from Illinois families, workers and businesses.”

Senate Minority Leader Bill Brady, R-Bloomington, said in a statement that the progressive tax plan “is nothing more than a tax increase on the middle class.”

“What we need to be focusing on is advancing policies that attract businesses and jobs, grow our economy and provide our over-taxed homeowners with relief,” Brady said.

Tax professional Michael Leonard of Leonard and Associates in Oak Park said the existing flat tax is beneficial for small business owners who file as individuals.

“I would stay with the flat tax over [the progressive tax], especially for businesses and what not,” Leonard said. “There’s nobody that would want a progressive tax. The flat tax is much better right now for growing and for small business owners.”

Because many small business owners file as individuals, they’d likely pay higher tax rates as their business grows. Baise’s group has taken to calling the progressive tax a “jobs tax.”

“So if they’re saying they don’t support the graduated tax, then that means they want to raise taxes on every working person in this state,” Martwick said.

Baise said even when the state increased the flat tax rate, once with a temporary increase in 2011 that reverted in 2015, and again over Gov. Bruce Rauner’s veto in 2017, policymakers never got control of the spending side of the ledger.

“I mean $8.5 billion of unpaid bills [currently at the comptroller’s office], no other state in the country has that kind backlog of bills,” Baise said.

Think Big Illinois, a nonprofit partially-funded by Gov. J.B. Pritzker and managed by members of his campaign staff, is advocating for a progressive tax.

Because the state’s flat tax is enshrined in the constitution, lawmakers would first need to approve a proposed change with three-fifths majorities and then ask the voters for approval. The earliest a binding question could be in front of voters is November 2020. That would require a supermajority of those voting to approve the change. If it fails there, the flat tax would remain.