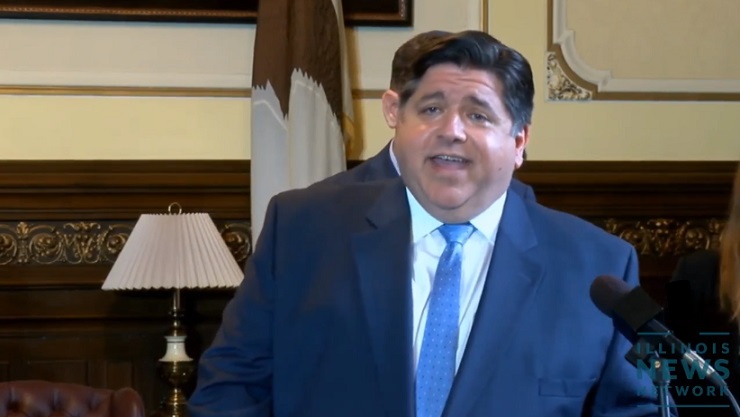 SPRINGFIELD — Despite paying back the $331,000 he got in property tax breaks, Gov. J.B. Pritzker insisted his family did nothing wrong when it had toilets removed from a spare mansion to have it deemed uninhabitable.

When WBEZ radio broke the story last week that Pritzker and his wife were under federal criminal investigation for removing toilets from the Gold Coast mansion to get a tax break, the governor was asked whether he thought it was political, or if it would derail his push for a progressive income. He explained Tuesday in Springfield why he paid the money back last year even though he followed the rules.

“We simply wanted to avoid distraction during the course of the campaign,” Pritzker said in his office. “As I say, any review of this will show the rules were followed. During the campaign, it was clear that people were trying to make this a political issue, so we just wanted to get it out of the way.”

“I don’t know many people, even billionaires, that would write three-hundred-plus-thousand dollar checks if they felt like they didn’t do anything wrong,” Plummer said.

Last week Pritzker said the investigation won’t keep him from pushing for a change to how the state taxes income. He wants a progressive tax with higher rates for higher earners. He said that’s “fair.”

Plummer said among the biggest issues Illinoisans are facing are school funding, property taxes, proposed tax increases on small businesses and the progressive tax being pushed by someone who dodged property taxes is troubling.

“You’re going to have people talking about ‘other folks need to pay their fair share, other folks need to carry and even heavier tax burden,’ but then there’s these various schemes to avoid taxes and I find that somewhat hypocritical and very concerning,” Plummer said.

“We need to represent the taxpayers and we need to make sure that we get spending under control in Springfield,” Plummer said. “The last thing the state of Illinois can afford with its out-migration and its economic problems, as it is, is higher taxes.”

The Cook County Inspector General report leaked last year during the campaign said what the Pritzkers did constituted a “scheme to defraud” taxpayers.