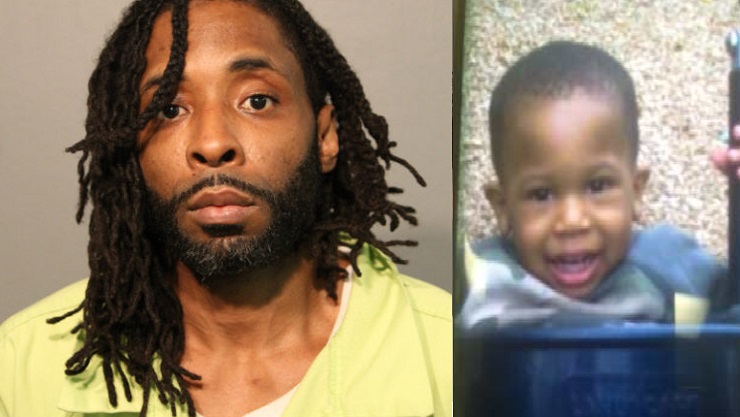 CHICAGO – The Rockford man accused of killing and dismembering a toddler in 2015 was acquitted Thursday in a Cook County courtroom.

Kamel Harris, 44, left the Cook County Jail after jurors took more than eight hours to find him not guilty of first-degree murder, concealment of a homicidal death, and dismemberment of a human body. He was accused of killing 2-year-old Kyrian Knox, whose body parts were found in the Garfield Park Lagoon on Chicago’s west side.

The case was full of twists, unfolding in August 2015, when Lanisha Knox dropped her son off at the apartment Harris shared with his girlfriend, Danyelle Foggs. Harris said Knox gave them $30 and some diapers and promised to return for the boy. Instead, Harris told police, a couple he did not know came and took the child but did not bring him back.

Lanisha Knox was in court Thursday wept loudly when the verdict was read. She walked out before the proceedings concluded. During the investigation, she told police she attempted to call and check on her son but was unable to speak to him. She said she was not aware he had been missing until Sept. 17, 2015, two weeks after his hands, feet and head were found. The boy’s cause of death was undetermined.

Harris was charged on Nov. 14, 2016, inside the Winnebago County Jail, where he was being held on a burglary charge. The state claimed he placed the boy’s body parts in plastic bags tied to barbells, and threw them into the lagoon. Police alleged that Harris told a third party that he dismembered the body, believing it would not be identified without the head. Kyrian was later identified through DNA.

According to the state, while Kyrian was in Harris’ care, someone fed the lactose-intolerant boy milk, causing him to cry for an entire afternoon. Harris could not stand the crying, and “snapped,” prosecutors alleged.

Kyrian was killed in Rockford, prosecutors said, but Harris was charged in Cook County because most of the evidence was found in Chicago. Prosecutors offered him a deal in February in which he would plead guilty to involuntary manslaughter in exchange for a seven-year prison sentence, minus three years he spent in jail awaiting trial. The deal was later taken off the table.

“This is an innocent man,” Assistant Public Defender Kulmeet Galhotra told reporters outside the courtroom. “The guy who did this is still out there. Taking a plea was a calculation he made, because he thought he could do two more years, when the risk was doing the rest of his life in prison if he was found guilty.”

Harris testified Wednesday, telling the jury he was babysitting Kyrian and his grandson at his Rockford apartment while Lanisha Knox and his daughter were in Iowa looking for jobs. He said while he was babysitting, a man and a woman showed up and said they were there to pick up Kyrian. Harris said the man handed him a cellphone and he spoke to a woman he believed was Lanisha, who he said he met only twice previously. He said he then turned the boy over to the couple and was surprised two weeks later when his daughter called and said she and Knox were coming to get the kids.

Harris pleaded guilty in October 2016 to one count of battery of a government employee after he shoved an Illinois Department of Child and Family Services worker. In that case, prosecutors alleged that while police were investigating the Kyrian Knox killing, Foggs gave false information to authorities regarding a daughter she has with Harris because she feared the state would take the child.

The charges against Foggs stemmed from a guardianship document she provided to DCFS that included an incorrect address of where the child was staying. The infant was located unharmed, and Foggs maintained she was unaware the address was wrong. She was later acquitted.