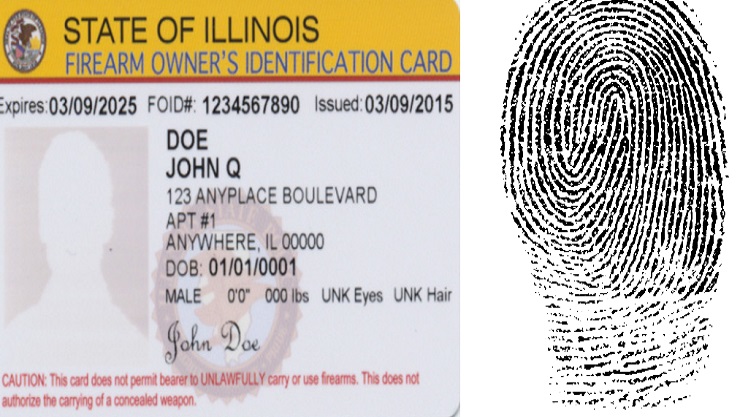 SPRINGFIELD – A bill that would require Illinois residents applying for a Firearm Owner Identification card to provide fingerprints to legally own a gun in Illinois passed the House on Wednesday and now moves to the Senate for a concurrence vote.

Senate Bill 1966 would tighten up the FOID revocation process and increase the fees for a FOID card from $10 for 10 years to $20 for five years. Bill sponsor, state Rep. Kathleen Willis, D-Addison, said because people have lied on the FOID application, including a man who killed five people at an Aurora warehouse earlier this year, the bill also would require FOID applicants to provide fingerprints.

“Fingerprints don’t lie,” Willis said. “When you submit your fingerprints we know who you are, where you’re from, it doesn’t matter what you put on there, we’re going to make sure we have an adequate check.”

Willis said fingerprints are required for a variety of jobs.

Republicans objected to the fingerprint requirement and raised concerns with other provisions in the legislation. Some wore buttons with a fingerprint crossed out. State Rep. Blaine Wilhour, R-Beecher City, said the bill does nothing to address gun violence or mental health issues.

“What it does do is it makes it more onerous, more burdensome, for law-abiding citizens to exercise a legitimate constitutional [Second Amendment] right,” Wilhour said.

Republicans also said the proposed FOID fees in the bill represent a 400 percent increase. In combination with the fingerprinting mandate, state Rep. Terri Bryant, R-Murphysboro, said the legislation was troubling.

At least one Democratic state lawmakers stood up during the debate to criticize the fees. State Rep. Kam Buckner, D-Chicago, said he worried the fees would make the Second Amendment right a luxury that was out of reach for the poor. He also said reducing gun violence would require a multifaceted approach that included action addressing mental health and other issues. Despite those reservations, Buckner supported the bill.

Republicans raised concerns that a database would be created with residents’ fingerprints leading to a registry of gun owners. State Rep. Deanne Mazzochi, R-Elmhurst, said there could be a Fourth Amendment violation. She said fingerprints are only taken from people under reasonable suspicion of being engaged in criminal activity.

“And I resoundingly reject the notion that every single person who applies for a FOID card is someone who can qualify as a suspicious individual in the process of seeking to engage in criminal activity,” Mazzochi said.

Willis said that the fingerprints could be used as a cross-reference in criminal investigations.

Opponents also raised concerns about the private transfer of a gun being required to go through a federally licensed firearms dealer, and that the bill’s cap of $30 on fingerprint vendors went against free-market principles.

The measure also nixed about $2 million from the FOID card fee revenue for Illinois Department of Natural Resources conservation police. Willis said they plan on including money in the upcoming budget to make the state agency whole and expects to get some legislation in the future to “keep conservation police whole.”

The measure passed 62 to 52 and must now be concurred by the state Senate. Nine Democrats joined Republicans in voting against the measure.