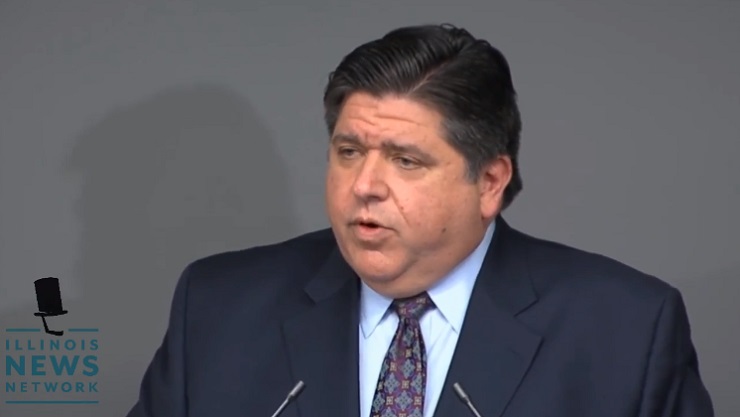 SPRINGFIELD – It’s not just Illinois most expensive budget that begins Monday, it’s also the day the state’s gas tax will double to pay for a $45 billion statewide capital spending plan.

Gov. J.B. Pritzker said families affected by the higher taxes can look to the yet-to-be-approved progressive income tax for relief.

Monday marks the beginning of the new fiscal year. With the governor’s signature of a pair of bills Friday, it also marks a doubling of the state’s gas tax, increased diesel taxes, increased vehicle registration fees and other driving fees for Illinoisans. The tax increases will pay for a six-year, $45 billion infrastructure plan.

“With this historic $45 billion capital plan, we’re fixing decades-long problems, creating good jobs, improving communities for the next generation – and doing it together, across party lines,” Pritzker said Friday. “The Rebuild Illinois plan transforms our state’s approach to transportation infrastructure, finally treating our roads, bridges, and railways like 21st century investments and not relics of the past. With these investments, we’re creating and supporting hundreds of thousands of new jobs in our state. This is more than an infrastructure plan. This is a job creation plan the likes of which our state has never seen.”

Butler also said having managed lanes in I-55, where people can pay a toll to take a special lane, is another option to consider moving forward.

Prtizker said Friday there will be opportunities for some cost savings down the road, especially for things like expanding broadband internet access to rural areas.

“There are opportunities for us to do some public-private partnerships that will allow us to bring in outside dollars to expand, again, some investments in infrastructure around the state,” Pritzker said.

Butler also said the measure appeared to give Democratic districts more money than Republican districts. He said everybody pays the same taxes and the infrastructure money should be distributed evenly.

“I would encourage the Democrats to reevaluate that as we roll through this,” Butler said. “This is a six-year plan. We have the opportunity to correct that and I think that’s something that we should do.”

Prtizker dismissed concerns that a disproportionate amount of capital dollars would be distributed to Democratic districts. He said Republican districts are getting billions in infrastructure spending.

When asked about the regressive nature of the gas tax, especially for families who can’t afford emergency car repairs now, even without the higher gas tax, Pritzker leaned on something that hasn’t happened yet.

“I’m trying to make it fairer for working families by trying to change the income tax system,” Pritzker said. “That will have a positive impact I think on people all across Illinois.”

The measure hiking the state’s gas tax takes effect Monday. Even if voters approve the progressive income tax on the November 2020 ballot, it wouldn’t kick in until the following year.

The state’s gas tax doubled to 38 cents a gallon and will be indexed to inflation every year thereafter. The governor also raised the tobacco tax as part of a gambling expansion bill to help pay for infrastructure.