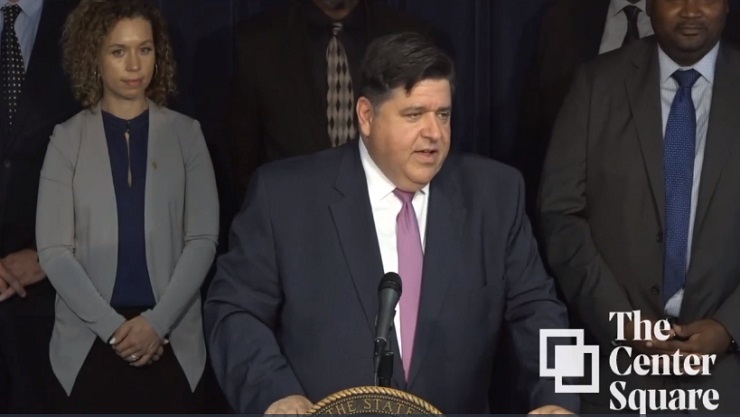 CHICAGO – Illinois’ governor and a Hollywood producer don’t want a corruption scandal involving a union boss and a film production house to dim the lights of making pictures in the Windy City.

Asked if Illinois could draw film productions from Georgia, where some in Hollywood are boycotting over that state’s abortion laws, Pritzker said he wants to send Tinseltown a message.

As for the duration of the tax credit, Pritzker said he was pleased with the length.

“Longer is better,” Pritzker said. “But this is what we felt like we could get done. It’s been traditional in Springfield in the legislature to have slightly shorter sunsets than all the businesses would like.”

The Film Tax Credit sunsets in 2026. Pritzker also praised the recently reauthorized research and development tax credit for manufacturers, which sunsets in 2027.

The Illinois Film Production Tax Credit Act, initially passed in 2008, provides a 30 percent tax credit for production spending and labor expenditures, up to $100,000 per worker, for qualified products in Illinois. Production companies can get an additional 15 percent tax credit on salaries paid to people who live in economically disadvantaged areas where the unemployment rate is at least 150 percent of the state’s annual average, according to a news release from the governor’s office.

The Illinois Film Office reported the state’s film industry produced $263 million and supported nearly 16,000 jobs in fiscal year 2018, according to the release.

Critics of tax credits for certain industries over others say it creates an unfair playing field.

The tax-credit signing ceremony came days after ex-Teamsters union boss John Coli pleaded guilty to extorting a Chicago film studio for more than $300,000. As part of a deal to get a lesser sentence, Coli has been cooperating with investigators.

After signing a film tax credit extension in Chicago, Pritzker was asked if Coli’s activities would hurt the city’s film industry.

“I don’t think that we should let one bad apple, somebody who clearly did something wrong, spoil the opportunity of the state and the city to build up this industry,” Pritzker said.

In the plea deal, Coli agreed to cooperate fully in other matters the U.S. Attorney may be investigating. There have been a series of federal raids on political players in Chicago in the past year.

“Chicago Fire” producer Dick Wolf said he was not familiar with Coli’s situation, but said there’s no corruption with his productions.

“Whatever standards that I have, they are so far exceeded by NBC/Universal’s,” Wolf said. “They want to be sure the center of the dot over the ‘i’ is directly over the center.”

Retirement of only black House Republican jars party for 2020