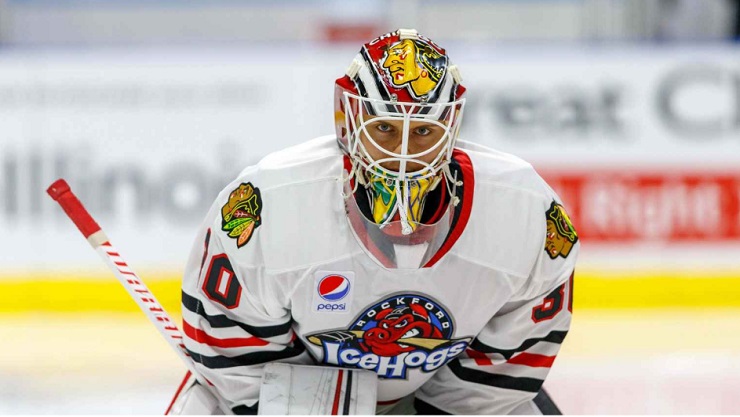 ROCKFORD – The Chicago Blackhawks on Saturday announced they have reassigned goaltender Kevin Lankinen to the American Hockey League’s Rockford IceHogs.

Lankinen, 24, split the 2018-19 season between the IceHogs and ECHL’s Indy Fuel, posting a 7-8-4 record with a 2.50 GAA and .910 save percentage with Rockford while helping to guide the team’s trio of netminders to the second-best save percentage in the AHL. He won just two two of his first 10 AHL outings through Jan. 18 before leading Rockford to points in six of his final nine appearances with the club.

Following the season, the Helsinki, Finland native helped his home country to a gold medal at the 2019 IIHF World Championship. Lankinen went 7-1-0 with a 1.50 GAA and .942 save percentage over his eight starts at the tournament.

FIRST HOME GAME
The Rockford IceHogs will host their home opener for the 2019-20 season on Saturday, Oct. 12 against the Grand Rapids Griffins at 6 p.m. at the BMO Harris Bank Center. The first 4,000 fans in attendance to Rockford’s first home game of the campaign will receive a free IceHogs calendar, courtesy of Impact Networking. Call the IceHogs front office at (815) 968-5222 or visit IceHogs.com to purchase tickets.