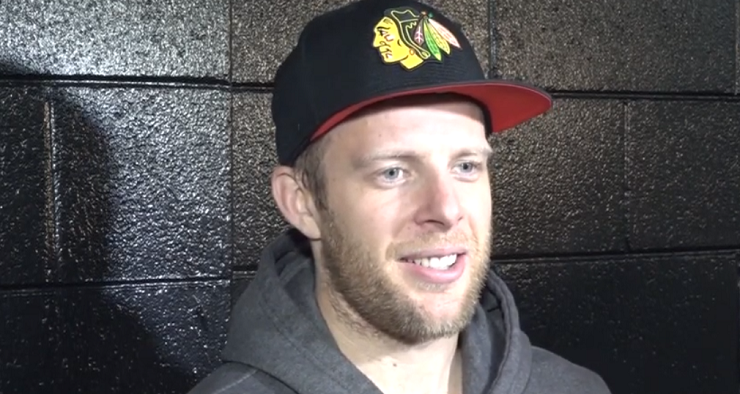 “It was a pretty special moment,” Versteeg said of when King told him he’d be wearing a C on his sweater this year. “It’s been a long time since I had a letter or wore anything. I don’t expect to change who I am or anything like that, but it’s a moment I am going to remember in hockey for a long time. It was emotional.”

Versteeg, 33, is entering his 16th season of professional hockey. The veteran forward has skated in 643 career NHL games during his pro career and 139 AHL contests, including 56 games with Rockford during the 2007-08 season. Versteeg was named to the NHL All-Rookie team during his first full season in the NHL in 2008-09 and won two Stanley Cup championships during his five-season tenure with the Blackhawks. Overall, he has helped his team reach the Stanley Cup Playoffs in eight of his 11 seasons in the NHL.

Highmore, 23, is entering his third season with the IceHogs. He was named the team’s Rookie of the Year during the 2017-18 season and served as the Hogs’ alternate captain during the 2018-19 campaign.

Nilsson, 25, is entering his second season with Rockford. The forward was named last year’s team MVP after logging 32 points (15g, 17a) in 61 games and netted the IceHogs’ lone hat trick on the year with three goals on three shots on Jan. 6 vs. Iowa.

Sikura, 27, is entering his third season with the Hogs. He was named Rockford’s MVP of the 2017-18 season and the team’s Unsung Hero of the 2018-19 campaign. Sikura also served as an alternate captain last season.