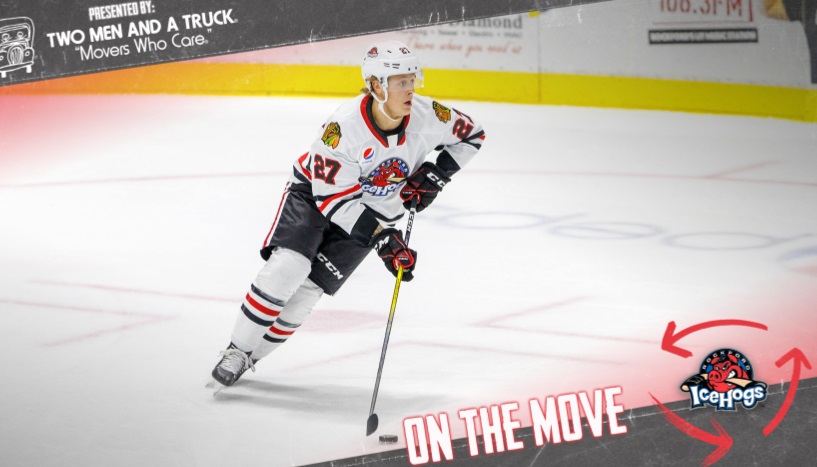 CHICAGO – The Chicago Blackhawks, on Thursday, announced that they have recalled defenseman Adam Boqvist from the Rockford IceHogs.

In addition, the IceHogs have recalled defenseman Jack Ramsey from their ECHL affiliate, the Indy Fuel.

Boqvist, 19, has skated in six AHL games with the IceHogs this season, scoring one goal on Oct. 30 against the San Antonio Rampage. The power-play marker was the first goal of his professional career, and the rookie blueliner has also fired 14 shots and posted a +1 plus/minus rating in those six outings.
The Falun, Sweden, native was originally selected eighth overall by Chicago in the 2018 NHL Draft. He made his professional debut on Oct. 4 with Rockford and has collected a shot on goal in each of his six games with the IceHogs this season.
Ramsey, 23, has tallied two assists in six ECHL games with the Fuel this year. He has now combined for one goal and two helpers in 10 career games with Indy over the last two seasons.
AHLChicago BlackhawksHockeyNHLRockford IceHogs
Share