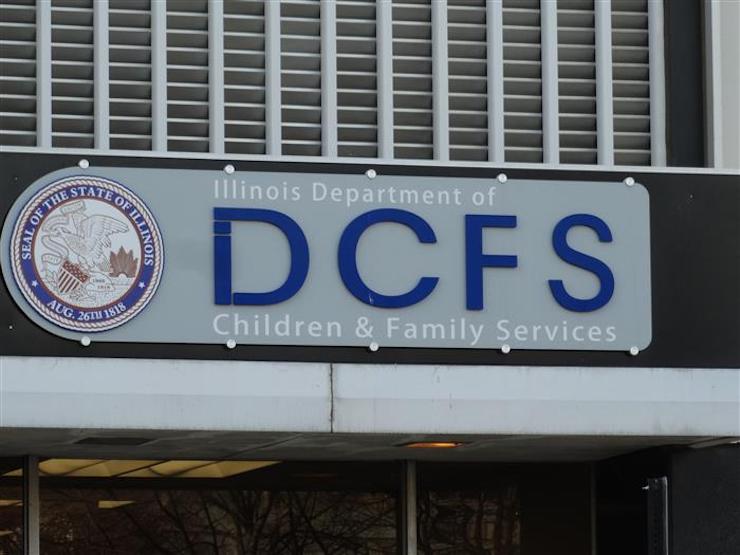 SPRINGFIELD – An estimated 2,500 children and young adults in Illinois who had been in the custody of the state’s foster care system within the last year abruptly lost their health coverage on Feb. 1.

That was just one of many problems that occurred when the state shifted some 19,000 former foster children into its privatized “managed care” health coverage system. Children’s advocacy groups warned Tuesday that more problems may lie ahead as the state works to move approximately 17,000 current foster children into that same system.

“These are not glitches, these are major flaws,” Danielle Gomez of the Cook County Public Guardian’s office told a state Senate panel Tuesday. “I am not sensationalizing the issue when I say that children will die as a result of the stubborn resolve to continue moving forward.”

Illinois began transitioning its Medicaid program from a traditional fee-for-service model to managed care in 2011. Under managed care, the state contracts with a number of private insurance companies and pays them a flat monthly fee for each patient they enroll.

In turn, the companies, known as managed care organizations, or MCOs, are supposed to manage those patients’ care by making sure they have complete health screenings and regular checkups. MCOs are also supposed to coordinate care between the patient’s primary doctor and any specialists they need.

Today, nearly all regular Medicaid recipients in Illinois are enrolled in a managed care plan. But there have been widespread reports of MCOs denying claims and delaying payments, often because their enrollment with the MCO wasn’t completed correctly or the provider that a patient went to see wasn’t in the MCO’s network.

But two groups the state did not immediately put under managed care were current and former foster care children, a population that includes victims of abuse and neglect, many of whom have highly complex physical, mental and behavioral health issues.

State officials announced in 2017 that they intended to move those groups into managed care, but the official launch date was delayed several times. Finally, after extensive negotiations with ACLU attorneys, the state announced last month it had reached a deal: Former foster children would be shifted into managed care on Feb. 1, but current foster children would not be shifted into the new system until April 1.

Since Saturday’s launch of managed care for former foster children, Gomez said, she had learned of two cases in which an MCO refused to speak with parents about a child’s health condition unless the child executed a power of attorney.

“These children were nine and two years old,” she said.

Gomez said another parent of a 14-year-old girl tried to fill her daughter’s seizure medication, but the pharmacy refused and would not offer advice about where they could go to have it filled.

“Finally, another parent attempted to get a monthly supply of feeding tubes and supplies for her child and was told by the provider that her child’s care was inactive as of Saturday and that it was not an isolated instance, but that all of the foster children who receives supplies from that agency were inactive now,” she said.

ACLU of Illinois attorney Heidi Dalenberg described the process of shifting current and former foster children into managed care as a “herky-jerky journey for the entire state.”

“I think it’s fair to say that there’s been intense concerns since that time about the way that the rollout was going to proceed and whether or not children were going to continue to receive care in the way that they should when they need it from close-by practitioners, and in a way that makes it possible for their families to care for them in a comfortable way,” she said. “Unfortunately, that’s not how things have played out.”

Both Dalenberg and Gomez urged lawmakers to halt the transition to managed care and to delay the rollout until the state is certain all the glitches have been fixed.

Kristine Herman of the Department of Healthcare and Family Services, the agency that runs the state Medicaid program, described the deactivation of 2,500 children from the system as a “glitch” in a computer program that was quickly fixed. And she said the agency is working hard, along with the Department of Children and Family Services, the state’s foster care agency, to resolve other issues.

“There is nothing more important to us than getting this process right,” she said. “Vulnerable children and families in Illinois deserve quality health care with coordinated services and support. And all of us at HFS are committed to providing that level of care, and we truly believe the managed care plan that we have created will accomplish that goal.”

But Sen. David Koehler, a Peoria Democrat, said he was skeptical a managed care system would ever work.

“I don’t doubt that all the staff and all the departments are really working hard to resolve this issue,” he said. “I think that the problem probably more lies with us as policymakers. You know, we’ve gone into a system that I don’t think is really going to work.”

“And if we’re trying to incentivize foster parents to participate in our system,” she said, “we need to get this figured out and we need to have it right.”