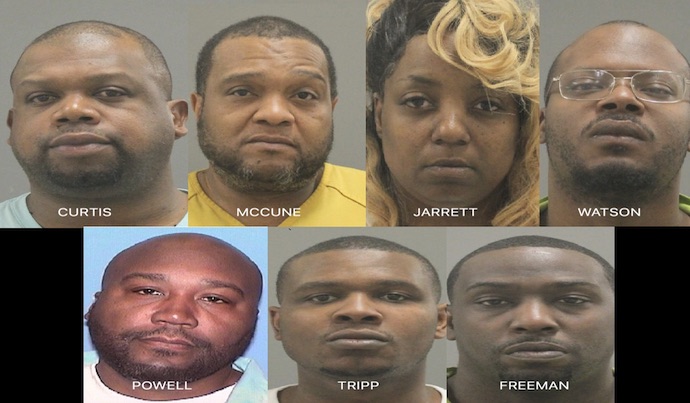 Four other suspects, who have not been named, face federal charges.

“When illegal contraband is removed from the community it makes for a safer and healthier environment,” Hite Ross said at a press conference. “That is my goal in working collaboratively with local law enforcement agencies and our federal partners at the U.S. Attorneys’ Office.  We will continue this endeavor to eradicate the illegal drugs and illegal possession of firearms in Winnebago County.”

O’Shea added: “We keep working to go after drug dealers. Tell us who they are, and we will get them off the streets and save some more lives by getting rid of the people who are selling this dope.”

In addition to illegal drugs, six firearms including a high-caliber rifle and a stolen firearm, were seized along with 17 vehicles.

Anyone with information about the whereabouts of the wanted suspects in this case are urged to call Rockford Police at 815-966-2900 or leave an anonymous tip with Rockford Area Crime Stoppers at 815-963-7867.