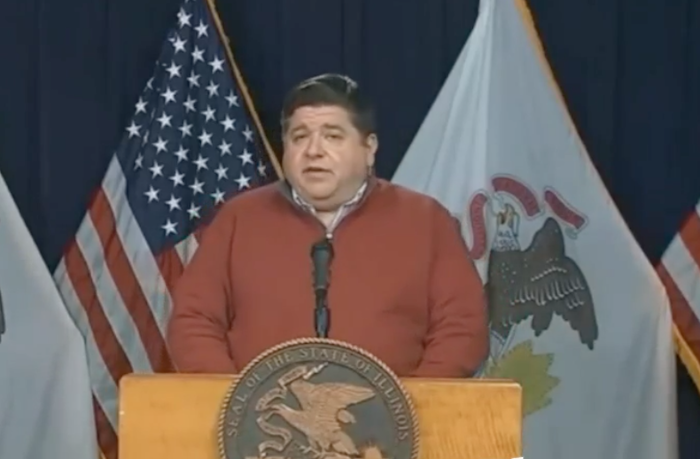 CHIAGO – Gov. J.B. Pritzker said Illinois could see a peak of COVID-19 cases sometime in mid-April, but he said there is not enough capacity and continues to demand more ventilators from the federal government. He also is ramping up tests.

Public health officials Sunday announced there have been around 28,000 tests in total. There are now 4,596 cases in 47 counties, including 65 deaths.

As of Sunday morning, the Illinois Department of Public Health said with 27,457 hospital beds in Illinois, around 15,500 were occupied. The occupancy rate for all beds is now at 56%. That’s up from 51.6% reported March 24.

White House Coronavirus Task Force member Dr. Debora Birx on Thursday said the federal government is managing where ventilators go based on need. Pritzker has said his requests for thousands of ventilators haven’t been met and on Saturday said he doesn’t want to wait on the White House strategy.

“We’re not relying upon that,” Pritzker said. “We’re just out in the market acquiring any piece of ventilator equipment that we can.”

Birx said they’ll be responsive to the needs as they arise.

Pritzker praised Trump using the Defense Production Act being used on GM to make ventilators, but said the president should do that with factories across the country to make more ventilators.

“This 10,000 a day marker will give us the data to run a more mathematically significant model that offers us improved insight into how well our interventions are working,” Pritzker said.

instead of waiting for the federal government to send tests, he said Illinois labs will be going around the clock as supplies are available. There will also be new robotics to assist in testing.

“We’re getting our first two machines on loan and will have them up and running on Tuesday, and we expect the others later this week,” he said.