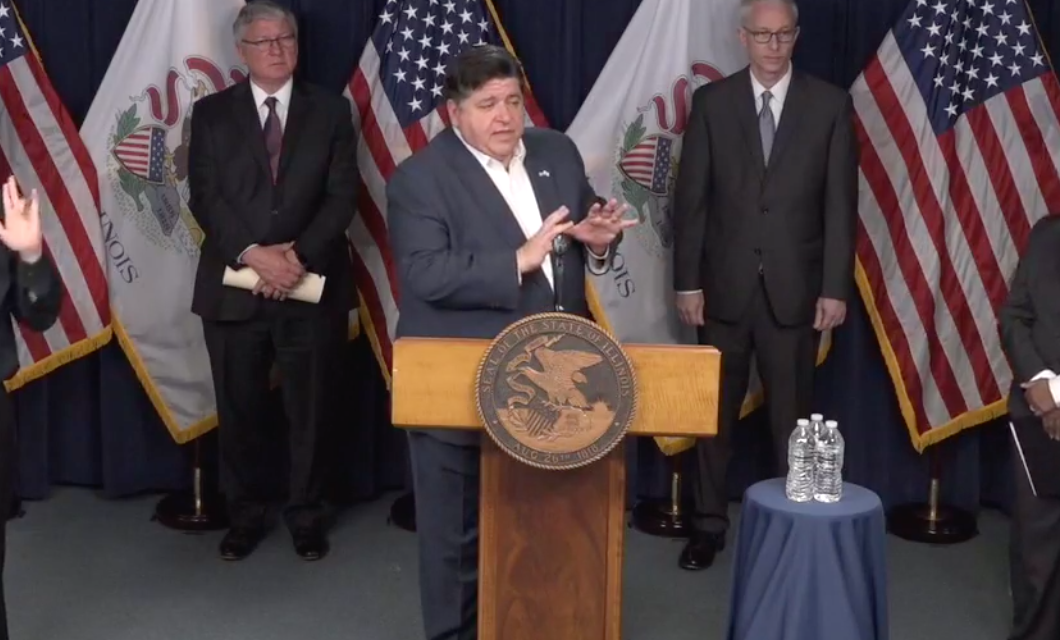 SPRINGFIELD, Ill. (AP) – Illinois Gov. J.B. Pritzker on Tuesday extended his statewide stay-at-home order for three weeks as the nation struggles to contain the spread of the coronavirus.

Pritzker set a new deadline of April 30 for keeping people inside except if necessary to go to a job deemed essential or take care of needs such as getting food or going to a health care provider.

The new coronavirus had led to the deaths of at least 99 people in Illinois out of more than 5,994 infections. And the number continues to grow, Pritzker said.

“Our greatest risk of of hitting capacity isn’t right now, but weeks from now,” Pritzker said. “The virus is spreading and growing. So are its risks. We must not let up now.”

The Commission on Government Forecasting and Accountability, a bipartisan legislative fiscal analyst, said Tuesday that it’s possible that the economic impact of COVID-19 could mean a drop in state tax revenues of $8 billion — about 20% of the state’s typical annual income– although the loss might be spread over several years.

Pritzker initially closed schools and restaurants and bars on March 13, then issued the stay-at-home order a week later. The period was to end April 7, but experts have said the rising number of cases in Illinois won’t have reached its peak by then.

On Sunday, President Donald Trump said that social-distancing rules– staying at least 6 feet apart from others and not gathering in groups larger than 10 – should run through April.

Chicago Mayor Lori Lightfoot said Tuesday that the city is renting nearly 300 hotel rooms for first responders working during the coronavirus outbreak and worried that returning home between shifts puts their family members at risk.

Lightfoot said the city will foot the costs for first responders including Chicago’s police, firefighters or paramedics who want to use the downtown hotel rooms rather than returning to their own homes. She said the city is making arrangements for healthcare workers with the same concerns about spreading the virus to their families and will announce details soon.

City health authorities have reported 2,167 positive cases of COVID-19 and 16 deaths linked to the virus in Chicago.

“There’s no sugarcoating this,” Lightfoot said. “The numbers are going to get worse before they get better.”

Chicago previously reserved more than 2,000 downtown hotel rooms for people who needed a place to isolate or quarantine away from home as they recover from mild cases of COVID-19, the disease caused by the virus, that do not require hospital stays.

For most people, the new coronavirus causes mild or moderate symptoms, such as fever and cough that clear up in two to three weeks. For some, especially older adults and people with existing health problems, it can cause more severe illness, including pneumonia, and death.