Pritzker not ready to think about lifting COVID-19 restrictions 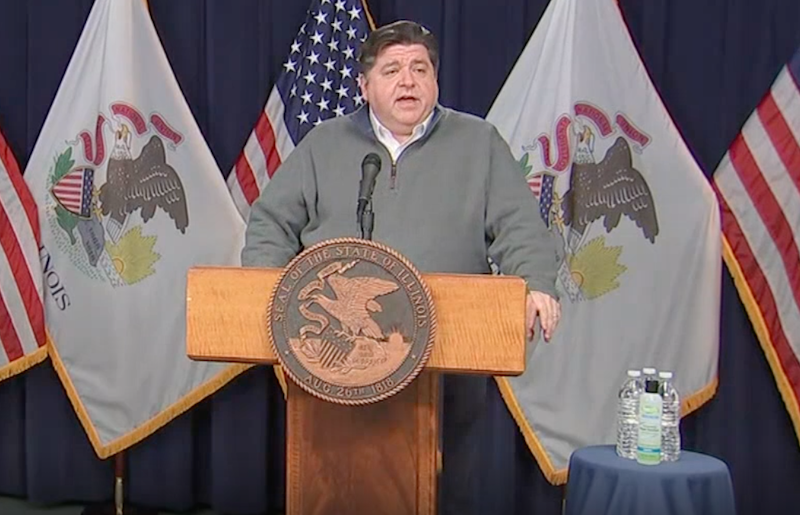 CHICAGO – Regardless of when President Donald Trump relaxes federal restrictions in Washington’s fight against COVID-19, Gov. J.B. Pritzker is nowhere near ready to lift measures he’s implemented in Illinois.

Pritzker said Tuesday that because the coronavirus is now in 77 of Illinois’ 102 counties, he is concerned about places that had few or no covid cases but are now reporting more infections. Those places include the five counties in the Metro East region and Champaign County, areas that collectively have reported 261 cases as of this report.

And unlike Trump, who has suggested that parts of the country could “open back up” sooner than others, the governor is not currently looking to piecemeal a plan to restart things in here.

As of Tuesday, 380 people in Illinois have died from COVID-19 complications. A total of 13,549 people, about 75% of them in greater Chicago, have tested positive.

The governor said it is hard for him to see that because some counties have not seen any COVID-19 cases that they won’t as Illinois moves towards a peak in new infections.

“We see hotspots that are happening all over the state,” he said. “We need to get much further along here before we start talking about a regional or statewide stand-down of these orders.”

Illinois is expected a peak somewhere around April 16, an idea what will undoubtedly ease fears for many of its more than 12 million people. But Pritzker said a peak won’t mean the pandemic is over.

“Just because you hit a peak doesn’t mean you’re going to fall precipitously to zero,” he said. “Once we get to that peak, we’re all going to be praying that we come off that peak quickly. But we might not.”

He said a peak could last several days, maybe longer.

Pritzker added that he will have nothing to do with he idea of easing covid restrictions in order to reach herd immunity as quickly as possible.

“Great Britain went by this theory–that perhaps if we just let everybody get it, then everybody will have herd immunity faster, and everybody will be okay,” he said. “Well guess what? If you let everybody have it all at once, which is what happens when you just ‘let it go,’ you overwhelm your healthcare system, and more people die. A lot of people can die. And so the suggestion that we should just let it happen so that herd immunity occurs faster is an invitation for us to just let people die. And I won’t do that. I will not do that.”

Pritzker issued a two-week stay-at-home order March 21. It’s been extended to May 1.