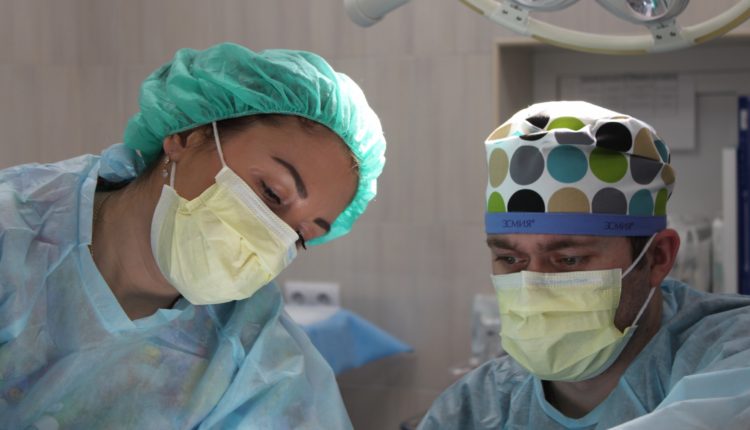 SEATTLE (AP) — Before stay-at-home orders are lifted, the nation’s public health agencies want to be ready to douse any new sparks of coronavirus infection — a task they say could require tens of thousands more investigators to call people who test positive, track down their contacts and get them into quarantine.

Without the extra help, officials insist, states cannot possibly be ready to resume normal everyday activities, and some agencies are so desperate they are considering recruiting librarians and Peace Corps volunteers to join the effort.

“We are trying to build these teams and processes in the midst of a crisis,” said Sharon Bogan, a public health spokeswoman for Seattle and King County, which are seeking at least 20 more investigators.

As federal officials weigh how and when to reopen the country, experts worry that the United States does not have enough public health workers to suppress another outbreak, especially those qualified to do contact tracing, the critically important search for people who may have been exposed to the virus.

While the exact number of workers needed is a subject of debate, a top federal health official this week acknowledged the mandate to find many more.

“Everybody agrees that our public health capacity at the local and state level is not ready to take this on at a very large scale without reinforcements,” said Dr. Anne Schuchat of the Centers for Disease Control and Prevention, who oversees the agency’s coronavirus response work.

The work could require as many as 300,000 public health workers — a daunting number given that the combined federal, state, and local public health workforce has been shrinking and is now probably less than 280,000, according to some estimates.

To address the shortage of help, governments are weighing whether to enlist people with little to no experience in public health, including the Peace Corps volunteers, furloughed social workers and public health students. San Francisco is training librarians, medical students and people who work for the city attorney’s office.

The extra workers would help conduct testing, isolate sick cases and trace everyone those sick people had contact with.

“If we have explosive spread when we reopen, we’ll have to close again. That will be very damaging, not just economically but from a health standpoint,” Frieden said.

The U.S. government has funneled about $800 million to states for coronavirus response work that can include contact tracing. On top of hundreds of staff sent to states to help with coronavirus work, the CDC has already assembled “community protection teams” of six to 12 people each to do contact tracing and investigate tools that could help with it. Some have already been deployed to states where spread of the virus has been relatively low.

Tiny Rhode Island has nearly 100 people “focused on nothing but contact tracing,” reaching out to hundreds of contacts of infected people each day, Gov. Gina Raimondo told reporters. She has urged all residents to take a minute each evening to write down who they physically encountered that day and where those encounters took place.

“If I’m going out to the store, I’ll put the date, what store I went to, and then the time I was there,” said Drew Grande, 40, of Cranston, Rhode Island. He started a contacts diary on a note-taking app on his phone after he heard the governor’s request.

Contact tracing has changed over the last few months in the U.S. When the first handful of infections were being identified, teams of 20 or more might be assigned to each confirmed case. Investigations would often start with a staffer or two doing an in-person interview at a hospital bedside. Disease trackers might spend hours asking a sick person and that person’s relatives who they had been in contact with since symptoms surfaced.

“There’s a value to looking someone in the eye. You can build a relationship face to face that you can’t always do by phone,” he said. Some people are comfortable sharing personal details over the phone but others “require more cajoling.”

With hundreds of new cases emerging each day in Chicago, that kind of attention to individual infections has largely stopped. Instead, the priority is large groups of people who are particularly vulnerable, like those at nursing homes or homeless shelters. Many new confirmed cases are not being investigated, and when they are, the interviews may be done by only two or three people, and over the phone, Ghinai said.

Could there be a digital solution? Apple and Google are teaming up on a contact-tracing app, and other efforts use Bluetooth to gather data from phones that came close to an infected person. Seattle scientist Trevor Bedford has developed a digital interview that public health departments can use if they don’t have enough people trained in contact tracing.

Whatever the solution, it will take a while.

People have to be tested and diagnosed before contact tracing kicks into gear, and testing remains limited in many parts of the country. This week, the Association of American Medical Colleges sent a letter to the White House Coronavirus Task Force saying that testing materials and machines remain in short supply.

President Donald Trump has floated the idea of easing at least some restrictions as early as May 1.

Some observers believe restrictions could be eased first in places where the spread is low, if rigorous testing and contact tracing could prevent a sudden explosion in infections.

But Schuchat warned that “there is no way the entire country could relax mitigation on May 1 and the country not experience a major resurgence.”