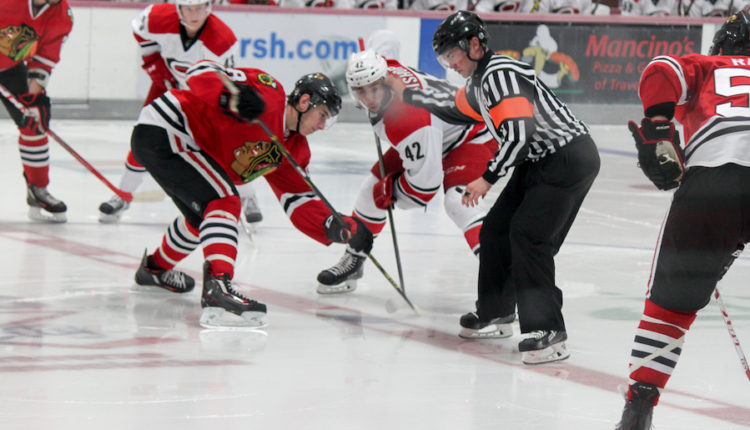 NEW YORK – National Hockey League executives said Thursday that talks with owners and the NHL Players’ Association about resuming the season have been positive.

The league has been on pause since March 12 due to concerns surrounding the coronavirus but there is now light at the end of what was once a long, uncertain tunnel.

NHL Commissioner Gary Bettman said he speaks to NHLPA executive director Don Fehr regularly and the pair has formed the “Return to Play Committee” that includes executives and players.

“Having the committee that’s been put together with the players is important so that we can get the feedback on the issues that are important to them and how to resolve them, and that we can be communicating how we’re focusing on the things we think that need to be done,” Commissioner Bettman told NHL Network. “It’s been extraordinarily collaborative, constructive and cooperative, and I couldn’t be more pleased with the interaction that we’re having.”

Following a virtual committee meeting Wednesday, the NHL and the NHLPA released a joint statement saying they had not made any decisions or set a timeline regarding possible return-to-play scenarios.

“I don’t think anybody knows for certain,” the Commissioner said Thursday when asked how close the NHL was to resuming the season. “We’re going to have to take things one step at a time, because the health and well-being of our players is paramount to anything we’re focused on.”

The joint statement said that if conditions continue to trend favorably — subject to potential competitive concerns between disparately situated markets — the NHL and the NHLPA believe they might be able to allow small group activities in NHL training facilities at some point in the mid-to-later portion of May.

But it said the precise date remained undetermined, and in the meantime, players and staff are expected to continue following the recommendation to self-quarantine that has been in place since the pause began.

“We’d like to be able to get our training facilities open,” Commissioner Bettman said Thursday. “We’d like our guys to be able to work themselves back into shape. But this is something we’re going to continue to evaluate on a day-to-day basis.

“Our health concerns for the players really fit into two categories: One is obviously COVID-19, and two, whatever we’re going to do, we don’t want them playing games until they’re back in game shape.

“So we’re going to continue to monitor things, and when the guidance from the medical people is right and the governmental authorities are comfortable, then we’ll take step one, which is reopening our training facilities.”

The Commissioner said the NHL and the NHLPA would remain patient not only about resuming this season but starting next season.

“We have a great deal of flexibility in terms of when we can start,” Commissioner Bettman said. “There’s no magic for next season of starting in October as we traditionally do. If we have to start in November or December, that’s something that will be under consideration.

“We’re going to try and make good, prudent, careful judgments. This isn’t a race to be first back. When we come back, we want it to be at the right time, for the right reasons, under the right circumstances.”

Commissioner Bettman said the pandemic dwarfs everything the NHL and the NHLPA are considering.

“We miss the game,” the commissioner said. “We miss our fans. We miss watching our players play every night. We’d be in the middle of the (Stanley Cup Playoffs) right now. We’re focused on trying to do the right things for the good of the game, so we can get back and connect with our great fans as soon as possible.

“But as soon as possible means under the right circumstances, and for that we’re going to take our guidance from the governments at all levels and from the medical people.”

Illinois could see some regions re-open before June 1