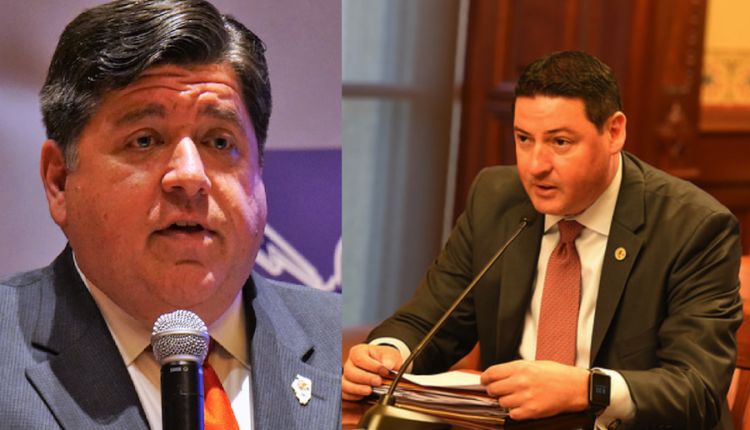 The section states restaurants are limited to carryout, and that gyms, salons and tattoo shops must close during a disease outbreak. Businesses owners who defy this law could be charged with a Class A misdemeanor and face jail time of up to one year.

State Rep. John Cabello, who is suing Pritzker over the constitutionality of the executive order, sounded off about the amendment Saturday, accusing the first-term Democrat of not following the rules himself.

“You got state’s attorneys, you got Illinois sheriffs saying, ‘we are not going to prosecute, we are not going to do this,'” the Machesney Park Republican said, referring to the Illinois Sheriff’s Association and other police agencies that announced Friday they would not enforce the order. “I think it’s his way of trying to get people back under control while his family is still in Wisconsin and Florida and other places not following the orders themselves.”

Pritzker said that his wife and daughter were in Florida during the stay-at-home order to tend to their working farm. He said they traveled there before the order was issued and they’ve since returned to Illinois. He added that they haven’t been to their Lake Geneva home and that he has not left Chicago in more than two months.

Cabello, who spent more than 20 years as an officer and detective with the Rockford Police Department, has also been a vocal opponent about Pritzker and the Illinois Department of Corrections’ release of more than 4,000 inmates because of COVID-19, some of whom have re-offended.

“We’re letting murderers and rapists out, but now we’re going to put business owners in jail and charge them with a Class A misdemeanor if they decide that they need to provide for their family,” Cabello said.

The governor said everyone he’s released has been near their release date or in need of medical treatment, including terminally ill cancer patients at the end of their lives. Many of the COVID-related releases have been made by Illinois Department of Corrections Director Rob Jeffreys, also has authority to let prisoners out early.