Rep. Darren Bailey tossed from session for not wearing mask, Pritzker not impressed 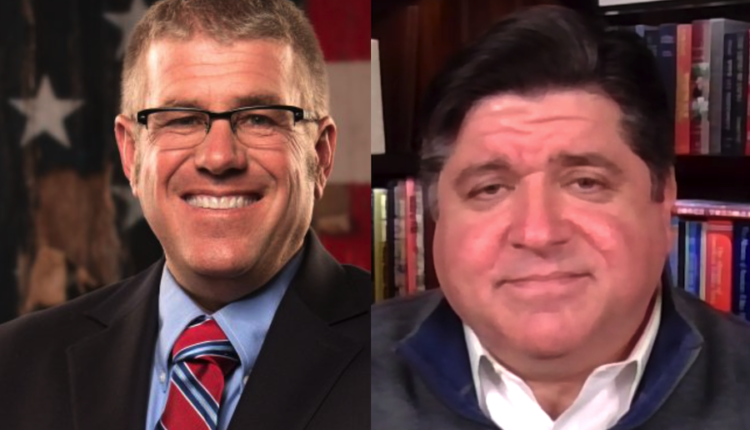 ROCKFORD – A state lawmaker who filed a lawsuit against the governor over the constitutionality of the coronavirus stay-at-home order was escorted out of a legislative session Wednesday for not wearing a face covering.

After the House voted 97-12 for legislators to wear masks and Speaker Michael Madigan warned that anyone who does not comply could be removed, Rep. Darren Bailey said he was not going to follow the rule.

The process to remove the Xenia Republican then began when Rep. Chris Welch motioned to have him removed from the temporary floor inside the Bank of Springfield Center. The House then voted 87-12 in favor of the ouster, and doormen directed a smiling Bailey to the parking lot.

Despite the overwhelming vote, some lawmakers were against tossing Bailey from their first session since March. Rep. Dan Caulkins, R-Decatur, noted that everyone in the room tested negative for the coronavirus and that it was not a high-risk environment.

“There wasn’t any person in here that’s the fact that this is the safest building, public space in the state of Illinois,” Caulkins said. “We are social distancing. We’re maintaining our space. And if someone chooses to exercise their right, I don’t think that we should take punitive action against them. I think this is a mistake. None of us are threatened. None of our families are here. I have no fear of any of you. And I don’t think any of you should have any fear of me.”

Bailey told his colleagues there were more pressing things to discuss and that a “mask showdown” wasn’t the best use of the body’s time.

“Ladies and gentlemen of the House, we are all in this together, so let’s be together,” he said. “We are here to get things moving and open across this state.”

The least impressed by the “showdown” was Gov. J.B. Pritzker, who said during his daily press briefing that Bailey “has no interest in protecting others.”

Bailey told reporters outside the convention center that if he returns Thursday, he will wear a mask.

“I take life step-by-step, moment-by-moment,” he said, adding that he has not been administered a COVID-19 test.