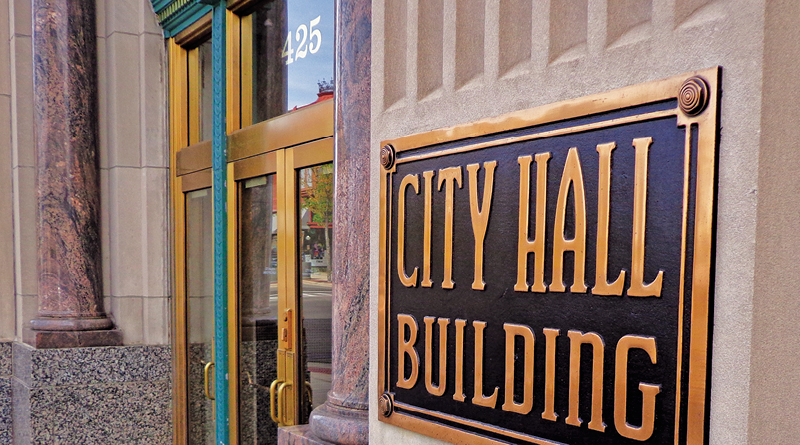 CITY HALL — Several proposed ordinances that would limit the city’s power under home rule were introduced to Rockford aldermen Monday.

There are five measures in all—what the city is calling Self-Limiting Ordinances. Among them is one which has been championed by Mayor Tom McNamara beginning last fall when the Rockford for Home Rule committee announced the push for a referendum on the March ballot.

“If you believe I abuse it, vote me out,” the mayor said in November.

The ordinance would give Rockford voters the ability to do just that–remove the mayor and aldermen if voters feel elected officials do anything below board. The other ordinances would limit the amount of debt the city could incur and require a public notice period and super majority vote for all sales and property tax increases. Staff is also proposing a measure that would prohibit leaders from imposing property taxes increases that exceed Illinois’ non-home rule limit.

Members of the Finance and Personnel Committee did not vote on the ordinances Monday. They’ll take time to review them before they are formally presented to aldermen. Ordinances require approval by the committee before moving on to the full city council.

“As the home rule referendum is being considered in the March 20 election, there have been a number of concerns raised among folks in the community about their fears and concerns about the city’s ability to raise taxes and fees with home rule authority,” City Legal Director Nick Meyer said. “(The ordinances) would be a way to dissuade some of those fears.”

Opponents say Rockford is doing just fine without home rule, even if it means relying on state laws to dictate what happens here. Many of the same voices that persuaded voters to strip the city of home rule in 1983 are behind the current push against this year’s referendum. After property tax increases under then-Mayor John McNamara, book publisher John Gile led that campaign.

Gile’s opinion hasn’t changed in 35 years. He still believes Illinois’ version of home rule does not protect citizens from abuse, regardless of the proposed self-limitations. What could protect the electorate is a local charter or constitution, which would not be part of a return.

Ordinances proposed Monday would safeguard against abuse and allow voters to elect leaders they trust and know they won’t have free reign once in office, supporters say.

Meyer said Rockford has looked at several nearby municipalities while drafting the current proposal. Woodstock, Homewood and Buffalo Grove are home rule communities with similar ordinances in place.

Home rule was enacted by Illinois in 1971, giving municipalities the ability to pass ordinances that would otherwise be prohibited by state law, including levying certain taxes. Municipalities with 25,000 or more residents are automatically granted home rule authority.

The committee could vote to send the ordinances to the full council as early as Monday, Jan. 29. A series of informational forums have been planned by the backers of the home rule proposal. R.