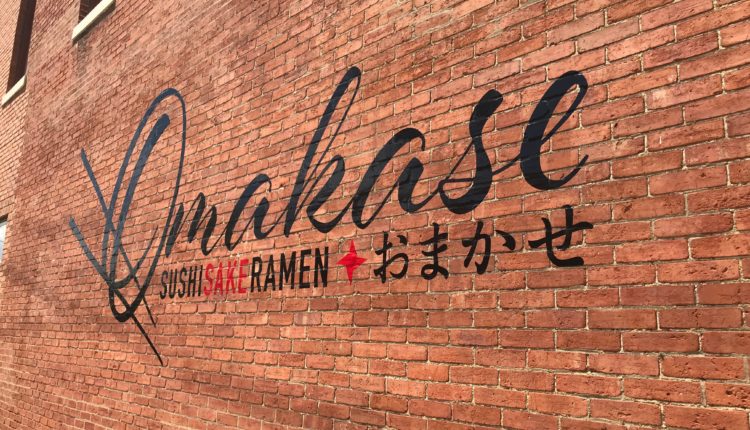 He has the burgers, sandwiches, salads and soups covered at Vintage@501 and Blue Line Sports Pub. Both complement a growing downtown array of dining choices. But there was no sushi.

“I felt that it’s what was missing,” Idzikowski said. “We have such great restaurants downtown Rockford. It’s a wide variety, everything from tapas, to Irish food to gourmet burgers but we didn’t have sushi. It was the next logical thing to come down here.”

That next logical thing is Omakase, 223 E. State St., the space previously occupied by Sienna’s Kitchen. It offers the usual suspects like California rolls, spicy tuna rolls and crab rolls and a host of signature dishes such as the 815 Roll, Omakase Roll and State Street Roll. There’s also burritos, gourmet ramen, wine and sake in moderately fancy surroundings suitable for all occasions.

Idzikowski began the Omakase buildout last year with an investment of around $200,000. He began his downtown tenure five years ago when he opened Vintage@501, 501 E. State St. He opened Blue Line in 2016 in the space vacated by Kiwi Cafe at 211 Elm St.

‘The Crown,’ ‘Mandalorian’ top Emmy nominations with 24 each