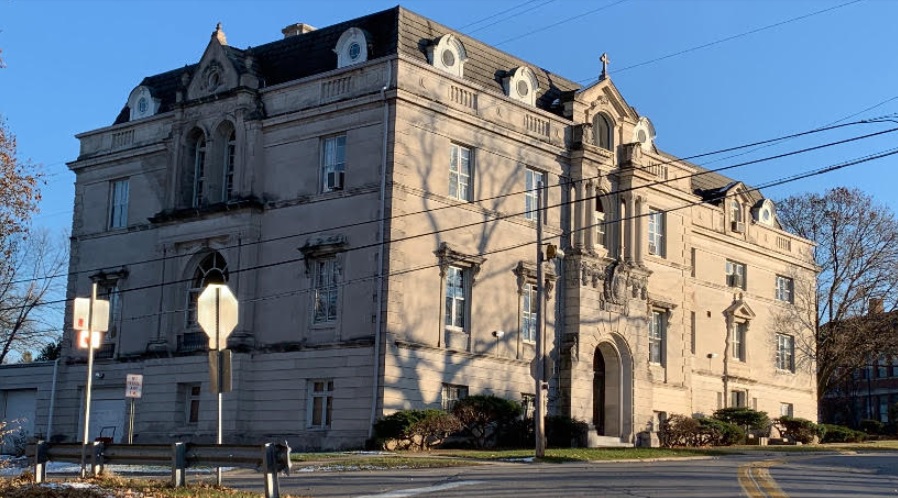 ROCKFORD — Plans to demolish the former chancery building next to Cathedral of St. Peter were halted Thursday, as city officials denied the Catholic Diocese of Rockford a permit to tear it down.

The news comes after a group aimed at saving the structure filed an application to designate the 89-year-old structure as a historic building.

The city says the permit will be on hold while the application is reviewed.

If the building is deemed a historic landmark, the diocese would have to follow certain guidelines in order to tear it down.

The application comes after former Mayor Larry Morrissey started an online petition to save the building and current Mayor Tom McNamara asked Bishop David Malloy to delay demolition for 90 days so the city could seek a developer. Malloy declined.

The diocese claims the building is a safety concern and that a cost of around $3 million to renovate it is too great. According to reports, demolition would cost about $130,000.

“While the Bishop and Diocese don’t see value in the Chancery Building, we believe the Chancery and related buildings are vital cultural and historic resources that can be redeveloped into sustainable assets to support the neighborhood in which they are located,” Morrissey’s petition says. “We believe these buildings are treasures to be developed, not burdens to be buried.”

The former convent on the St. Peter’s property is also tapped for demolition. The elementary school could be torn down when it closes this spring as part of a school consolidation plan.

Demolition on the chancery was scheduled to begin this week.

The Rock River Times will have more on this story as it develops. R.