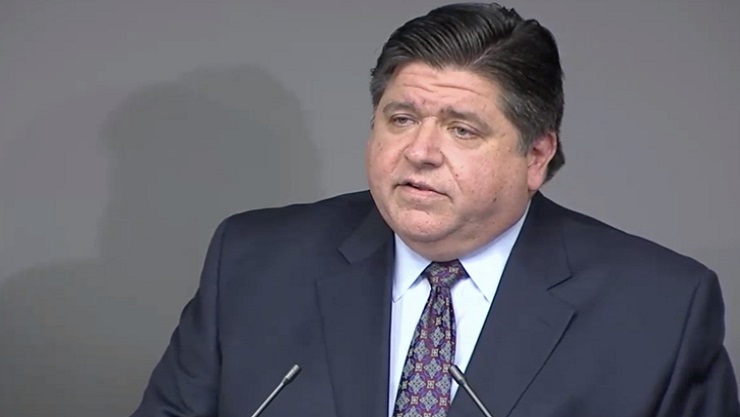 SPRINGFIELD — A new poll shows the majority of Illinoisans support a progressive income tax structure, but a university pollster said the group’s failure to be transparent about what questions were asked in the survey raises questions about the accuracy of the results.

Think Big Illinois, which has been linked to Gov. J.B. Pritzker, released poll results that show broad support for Pritzker’s progressive tax plan. The governor has proposed changing the state’s constitution to allow for a progressive income tax that would have higher tax rates for those who earn more.

Global Strategy Group called 800 registered voters between March 8 and March 12 to ask about the tax plan. In a memo, the group described what callers heard.

“Under Gov. Pritzker’s fair tax plan, 97 percent of Illinois residents would not see a state income tax increase. Only those making $250,000 a year or more will see their taxes go up with the largest increases going to those making more than $1 million,” the memo read.

The group said 64 percent of voters supported it. It also provided results on those polled after hearing arguments for and against a progressive tax, saying “support does not budge” with 63 percent supporting and 31 percent opposing.

However, the group declined to release the survey questions used in the poll.

Professor John Jackson, visiting professor at Southern Illinois University Carbondale’s Paul Simon Public Policy Institute, said polling can be skewed by asking questions that lead people to answer one way or another. When an organization refuses to make the questions that respondents were asked public, people should question the results.

“That’s really a bad sign,” he said. “We, of course, release all of ours and let people have at it.”

The questions asked in the polling should always be made available, Jackson said. It allows people to decide for themselves about the legitimacy of the data.

“If it looks a little bit hinky to you, you’ll know that somebody is trying to twist the results to their advantage,” he said.

The Paul Simon Public Policy Institute plans to release its own poll on the progressive tax plan next week.

In the institute’s previous polling on a progressive income tax last March, it found 72 percent favored a constitutional amendment to allow for a graduated income tax.

When Ideas Illinois, a business-focused group that opposes the governor’s tax plan, released the results of its poll on Pritzker’s proposed budget that included a progressive income tax push, it also released the questions that were asked.

“The real question for voters is simple: Do you trust Mike Madigan and J.B. Pritzker with a blank check to raise your taxes? If the answer is yes, then support the Jobs Tax,” Ideas Illinois Chairman Greg Baise said in response to Think Big Illinois’ polling results.