Details emerge in the death of 5-year-old AJ Freund 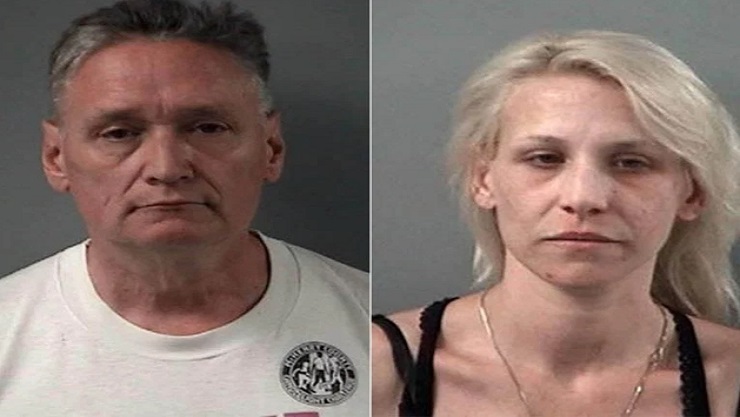 Cunningham and Andrew Freund Sr. of Crystal Lake are charged with murder in Andrew “AJ” Freund’s death. Investigators found his body April 24. The court records offer details about the investigation into the boy’s disappearance and death.

The video, dated March 4, shows AJ lying naked on a mattress, covered in bruises and bandages, according to an affidavit from McHenry County Sheriff’s Detective Edwin Maldonado. Freund told investigators his role in AJ’s death when they confronted him with the video, which police recovered after it had been deleted from Cunningham’s phone. Maldonado wrote that a female voice “consistent with Joann’s is holding the phone and videotaping. She is berating AJ for urinating his bed.”

Freund led police to the boy’s body near Woodstock, wrapped in plastic and buried in a shallow grave covered with straw, records show. Cunningham and Freund had reported AJ missing April 18, three days after he died.

According to the affidavit, the parents forced AJ to take a cold shower April 14 as punishment for lying about soiling his underwear.

“Drew explained that he wanted JoAnn to stop with the hard physical beatings and do some less violent form of punishment,” Maldonado wrote. “Drew said cold showers was decided.”

Freund told investigators they put the boy to bed “cold, wet and naked” and Cunningham later found him unresponsive. Freund said he put AJ’s body in a plastic container and stored it in the basement before later burying him. An autopsy found AJ died from multiple blunt force injuries to his head.

The warrant also showed a search on Freund’s cellphone for “child CPR” and a picture of a shopping list that included “duct tape, plastic gloves, air freshener and bleach.”

Cunningham, 36, and Freund, 60, are due in court May 10 for a preliminary hearing. They’re being held in the McHenry County Jail on $5 million bond each. Court records do not list an attorney for Freund who could be reached for comment on his behalf. The McHenry County Public Defender’s Office, listed as representing Cunningham, did not immediately respond to a phone message seeking comment.