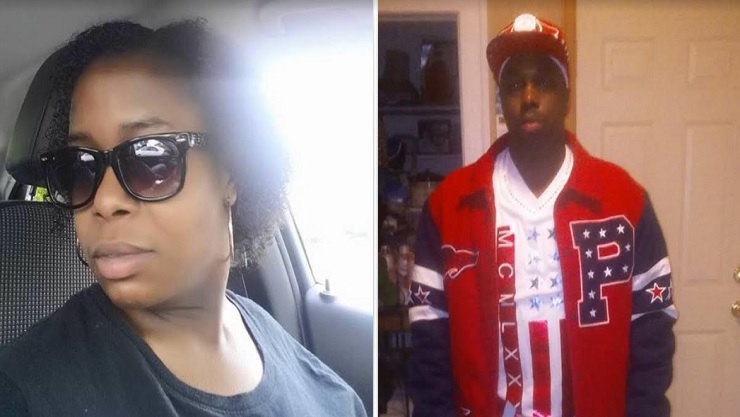 ROCKFORD – Friday’s testimony in the murder trial of Terrell Ellis centered on two letters he wrote to Monica Box from prison before his release and she was found dead in her bedroom.

Assistant State’s Attorney Theodora Green read both letters–written April 1 and April 19, 2016– in open court after Judge Randy Wilt instructed the jury to regard them as testimony from a live witness.

While Ellis professed his love for Box in both letters, the prosecution alleges he also forewarned the 35-year-old mother she’d be met with harm if she was seeing other men.

Phrases like “Sh-t’s gonna get ugly for you,” and “I’d f-ck you up,” were sprinkled throughout as Ellis explained his suspicions about Box “cheating” while he was in Stateville Correctional Center.

“I hope you haven’t been f-cking cheating on me,” Ellis wrote. “I hope we can make this sh-t work out. Shouldn’t be nobody telling me sh-t about you but you. I ain’t gonna get mad at you. Just keep it real with yourself 100 percent. …I make a couple calls and n-ggas got your name in their mouth. You know sh-t’s gonna get ugly for you, I promise.”

Nine days after the April 19 letter, Monica Box’s 13-year-old daughter found her dead in an upstairs bedroom of her Louisiana Road home. Prosecutors say Ellis, 38, beat her to death with a claw hammer the day after she picked him up from prison.

Markayla Box-McAdory, now 16, told the jury she was with a friend when she arrived home at around 5:15 p.m. on April 28, 2016. She noticed her mother’s purse was on the couch and her car was parked in the driveway. That was unusual, she said, because Monica Box should have been at work. She then saw a naked Terrell Ellis walk down the stairs from the second floor.

Markayla said after their encounter with Ellis, the girls went outside. They eventually returned and sat in Markayla’s bedroom for a few minutes. Markayla dialed her mother’s cellphone but the call went directly to voicemail. After hearing footsteps upstairs, the 13- and 14-year-olds began looking for Box inside the house, eventually making their way to a bloody scene.

After discovering her mother’s body, Markayla noticed Box’s car was no longer in the driveway. She then called 911.

“(The injuries) illustrate the blunt trauma Monica Box received,” Peters said. “It was hard enough to cause bleeding and cause her death.”

Forensic scientist Heather May testified that Ellis’ profile can be included in DNA on the hammer found in Box’s kitchen. His DNA was also on a bloodstained laundry basket and light switch.

Defense attorney Glenn Jazwiec is expected to present his case after the state rests Monday.

Ellis is charged with first-degree murder, possession of a stolen vehicle and aggravated domestic battery. He remains lodged in the Winnebago County Jail.