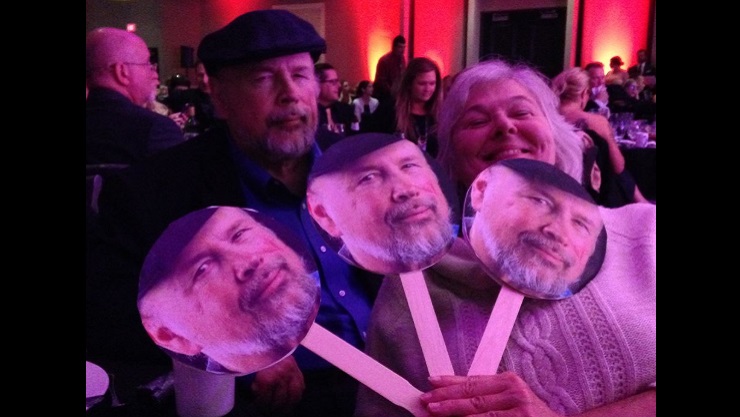 ROCKFORD – Some called Chuck Sweeny an institution, others the face of the Rockford Register Star.

Truth be told, he was both. Since the early 1980s, Sweeny used the daily newspaper to subvert the common political view with a phlegmatic tone that will likely not be matched any time soon. A Rockford native with a keen historical acuity and gift of the pen, Sweeny collapsed at his home and died Monday morning, shortly after submitting what would be his final column, in which he does what he often did – defends Rockford.

“I’m surprised — but maybe I shouldn’t be — that Gov. JB Pritzker’s $41.5 billion, six-year capital spending plan listed no transportation projects for the greater Rockford area west to the Mississippi River,” he wrote.

News of Sweeny’s death spread quickly on social media, and local leaders began releasing statements even before his final piece was posted.

Calling him “the dean of local political journalists,” Rockford Mayor Tom McNamara said he’ll remember Sweeny’s dedication to the city and to his craft.

“He interviewed mayors, governors and presidents and was an exceptional chronicler of Rockford’s history for decades,” McNamara said. “He had a passion for Rockford in everything he wrote and spared no one his tough questions and assessments. My thoughts are with his wife and family and the many journalists and colleagues who worked with him in the past and currently at the Rockford Register Star.”

State Sen. Dave Syverson’s was no stranger to those assessments. The Auburn High and University of Illinois-Chicago graduate covered the Republican’s first campaign in 1992, and continued thereafter, entrenching himself not only in the rough-and-tumble of political races, but the frontlines of hot-button issues that still plague our state.

“Many don’t realize Chuck was the first reporter statewide to warn about the growing pension problem and to bring it to the forefront statewide,” Syverson said on Facebook. “He also kept Rockford on the minds of every Governor since Edgar. The pressure of his pen resulted in a lot of benefits for the Rockford area. We did not always agree but as friends, we talked regularly and met at Stockholm to discuss issues. Just last week he helped with putting pressure on Springfield for our casino. Chuck and his influence will be missed.”

Sweeny started with the Register Star in 1984. He was a reporter, columnist and senior editor, a firebrand who wove a patchwork of talking points that transcended the reader and touched those who worked alongside him.

“Having worked with Chuck for many years as a fellow journalist (including as moderators of the 2002 gubernatorial debate at the Coronado Theater) and more recently as an elected official, I saw from more than one perspective that his reporting and commentary was insightful, fair and incredibly well sourced,” former journalist, State Sen. Steve Stadelman said. “As a reader, I always appreciated his ability to inject humor into the often-tense public discourse. Like any good newsman, Chuck would not use the word ‘institution’ lightly. But through decades of helping the public understand government, local history and the civic issues of our times, he was just that – a Rockford institution.”

“I am deeply saddened to learn of the passing of Chuck Sweeny, who dedicated his life to his hometown paper for over three decades.” Pritzker said. “Chuck tackled issues at every level of politics: no issue was too small to matter or too large for dissent. He was courageous in his advocacy and steadfast in his passion for Illinois.  My heart goes out to the city of Rockford and the Register Star family as they grieve one of their finest.”

As Winnebago County Board Chairman Frank Haney put it, Sweeny not only knew the issues, but the history behind them. His grasp on politics was remarkable and his network of contacts vast.

“When first elected chairman, he made it a point to remind me of the importance of the role of a free press in a thriving democracy, including local government,” Haney said. “Of course, he was and is right.”

Sweeny seemed to make friends just about everywhere he went. His days as a musician with band Emery Christiansen and the duo Culhane & Sweeny gave him even more exposure. At the end of the day though, those who knew him best remember his wit and his willingness to use it to prove a point.

“We agreed on most things,” Former Winnebago State’s Attorney, United Way CEO Paul Logli tweeted. “But it was more fun to disagree with him. He was smart, funny and always civil. I never missed absorbing his columns or engaging in banter when I ran into him. He will be greatly missed.”

Sweeny is survived by his wife, Cherene, and two children. He was 70.

Making a mark: Riley Ridley helps the Bears play for the present and the future