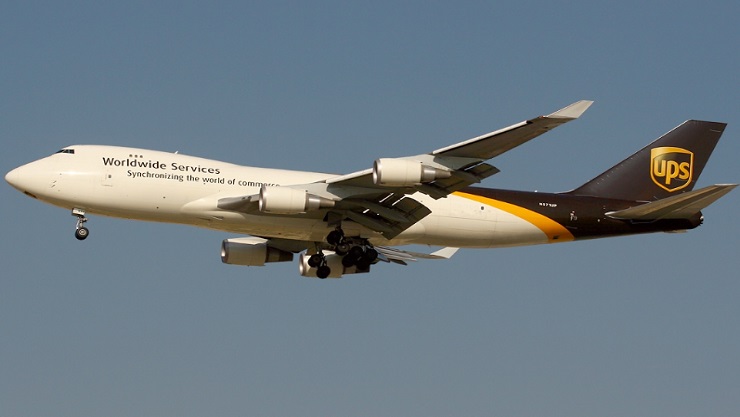 Officials at the Chicago-Rockford International Airport hope it’s just the first portion of up to $35 million in grant money from the U.S. Department of Transportation. Plans call for a 15-acre expansion of the airport’s apron to allow for more traffic.

“During our peak season, October through January, all of our [jet] positions are full,” said Zack Oakley, deputy director of operations and planning with the Chicago-Rockford International Airport. “For future growth, this gives us flexibility to handle our peak operations and our day-to-day operations.”

The airport has seen a spike in cargo traffic over the past five years, growing to become a key hub for Amazon and UPS.

“In 2014, about 700 million pounds of landed weight to 2.1 billion pounds last year,” Oakley said. “With growth again this year, we expect those number to tick up to 2.3 or 2.5 billion, which would put RFD just outside the top 15 cargo airports in the U.S.”

The expansion project and upward trajectory of cargo are reasons why officials in Rockford are pushing back against renewed calls to build a third major airport in the Chicago area.

“It’s a ridiculous assumption to say, ‘We need a third airport for Chicago.’ Well, you’ve already got it,” Oakley said. “You don’t have to build the infrastructure. We exist. We can hit that market and we already are.”

A recent letter written by U.S. Rep. Robin Kelly, D-Matteson, and co-signed by a number of other south suburban leaders, asks state lawmakers to include funds for a long-delayed Peotone airport in any capital bill that makes is way through Springfield.

“Our standpoint is it is unneeded and would be an unnecessary waste of taxpayer revenue,” Oakley said. “We have a massive amount of untapped capability. We can handle anything that’s coming in here and growth in the future with limited investments.”

In the meantime, Rockford officials continue to work to lure new business to the airport.

“We’re trying to work with other cargo operators to show them the benefits. Our costs are much less, your efficiencies are much greater,” Oakley said. “Our proximity to the Chicago market in an unconstrained environment is huge. Being 55 miles away from O’Hare with that connection on I-90, we have no issue getting into that market rapidly.”

Oakley said he expects the Chicago-Rockford International Airport to move into the top 20 busiest cargo airports in the country when updated figures are released later this summer.

Moody’s: Illinois not equipped for next recession