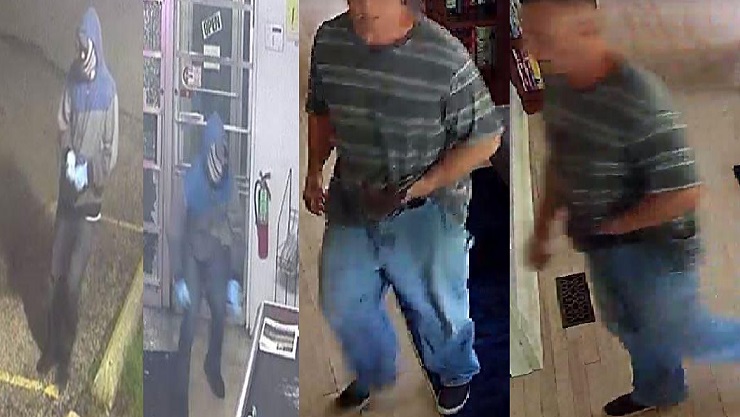 ROCKFORD -The Rockford Police Department is asking for the public’s help in locating suspects involved in two separate burglaries.

The first robbery happened at around 3:30 a.m., Sunday at Brian’s Traderite Foods, 3231 Kishwaukee St. Police say the suspect smashed the glass doors to enter the business and stole an empty cash register.

The suspect is described as a white male, 5-10 with a thin build. He was wearing a light blue and gray striped hoodie, blue gloves, dark pants and dark shoes.

At approximately 3:15 p.m., Friday, May 24, a man gained entry through a window of a home in the 1700 block of National Avenue and stole electronics, money, jewelry and personal items.  He is described as a white male, 6-0, 250 pounds. He was wearing a green shirt with white stripes and light
blue jeans.

Anyone with information about either incident is asked to contact Rockford Police at 815-966-2900 or leave an anonymous tip with Rockford Area Crime Stoppers at 815-963-7867.