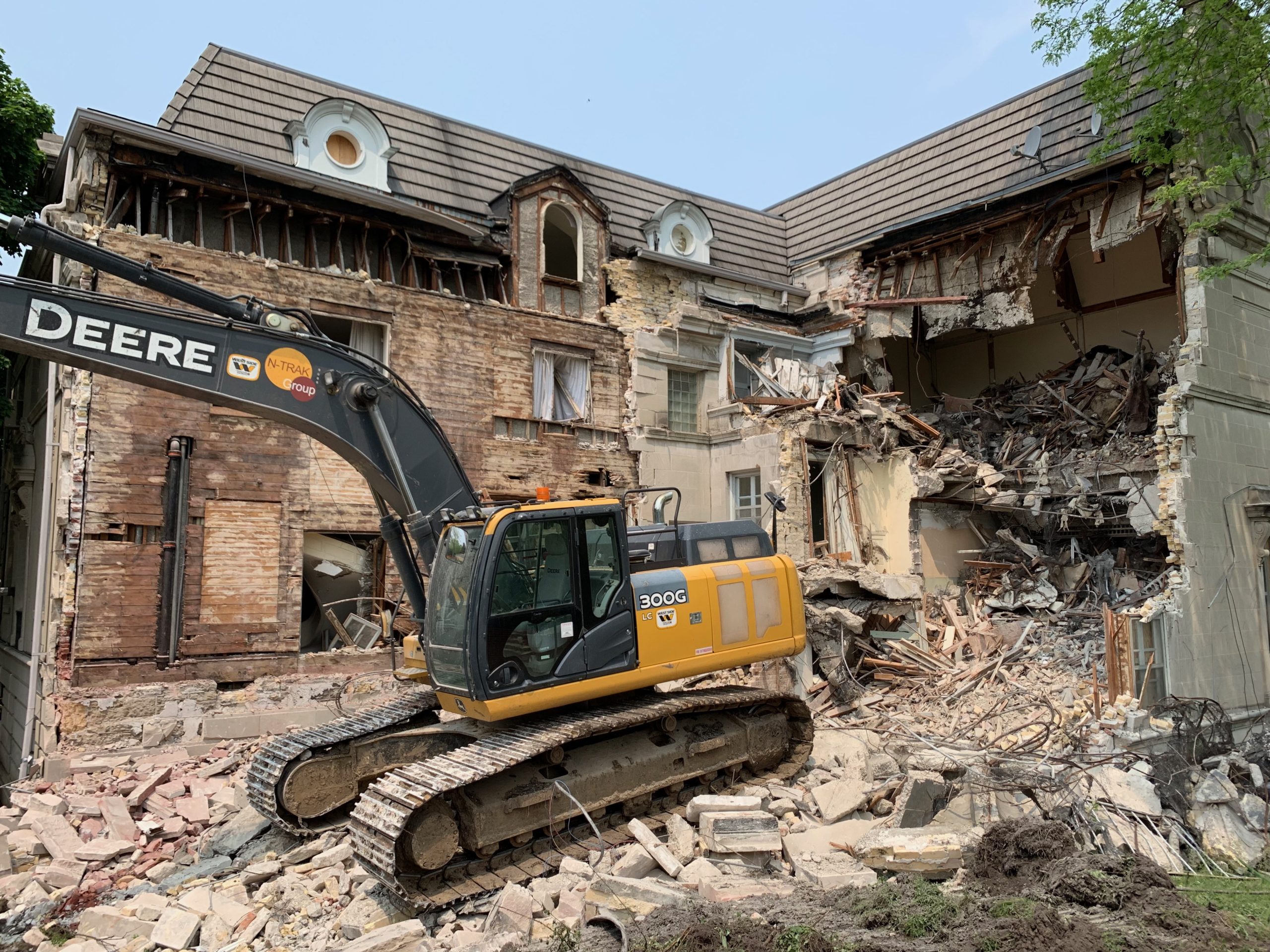 ROCKFORD – Save Piety Hill, the group that unsuccessfully attempted to save the former Catholic chancery from the wrecking ball by suing the City of Rockford, will hold a prayer vigil at 8 a.m., Monday, in front of the building at 1243 N. Court St.

In a release Sunday, Save Piety Hill said the vigil aims to “begin a vigil of continual or intermittent prayer, quiet reflection and other peaceful demonstrations of sorrow until the Rockford Catholic Diocese completes its demolition of the 90-year-old architectural icon.”

Save Piety Hill formed to protect the chancery through designation as a local landmark and will assemble for 45 minutes to an hour at the corner of Church and Reynolds streets to call on the public to help keep the vigil active until the last chunk of the chancery’s limestone facade falls.

A bulldozer took down part of the building’s rear wing Saturday morning after Winnebago County Judge Donna Honzel lifted a temporary restraining order Friday and dismissed the suit in which the group contended Rockford aldermen ignored their own ordinances and showed preference for a religious organization when they voted against landmark status. Save Piety Hill hoped the court would overturn City Council’s vote so the property could be re-purposed.

“Save Piety Hill is organizing the vigil to mourn the loss of the unofficial landmark despite a months-long effort to persuade the diocese to allow for adaptive reuse of the chancery through a private developer,” the release said.