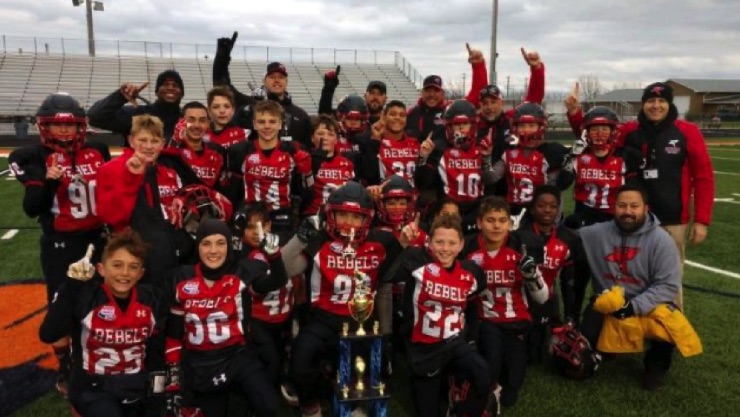 ROCKTON – Local 12u football team, The Rockton Rebels, will play for a national championship in Orlando Dec. 7-14.

The team of mostly future Hononegah players earned the berth in the eight-team national tournament by winning the Illinois championship followed by the Mid-America championship.

The team will represent the Midwest Region in Florida. The tournament will air on the ESPN Wide World of Sports.

The Rebels are aiming to raise $30,000 to send their players to Florida and have started a GoFundMe campaign.

“The best 8 teams in the nation will now be fighting for a national championship at Disney World, December 7-14,” the team said in a release. “The Rebels have 19 young men who need your support to play in this once in a lifetime game in Florida. Any donation is greatly appreciated.”