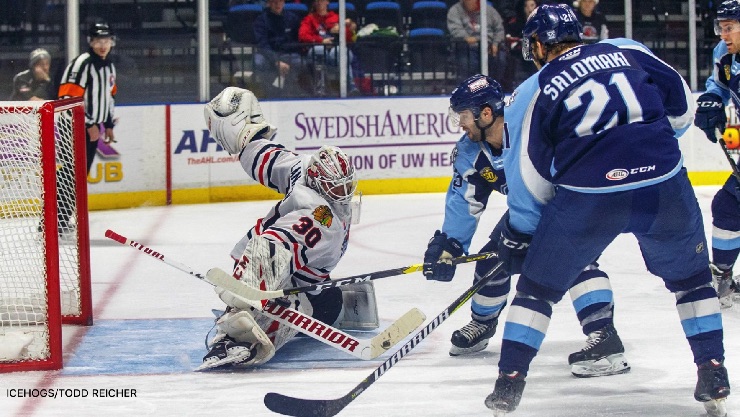 ROCKFORD – Kevin Lankinen set an IceHogs AHL goaltending record for the most saves in a single game by turning aside 55 shots in Rockford’s 2-1 overtime victory against the Milwaukee Admirals Tuesday night at the BMO Harris Bank Center.

Lankinen’s record-setting performance including stopping each of Milwaukee’s first 50 shots and helping kill six power plays from the AHL’s best PP unit. Overall, the netminder turned aside 19 shots in the first period, 12 in the second period and 24 of 25 shots on goal in the third frame.

The 56 total shots faced also matched the team’s previous AHL mark (Oct. 5, 2013 at San Antonio), while the 25 shots faced in the third period were one shy of Rockford’s record set last season in the first period at Chicago on Dec. 29.

Too little, too late, and little way for the Bears to elevate