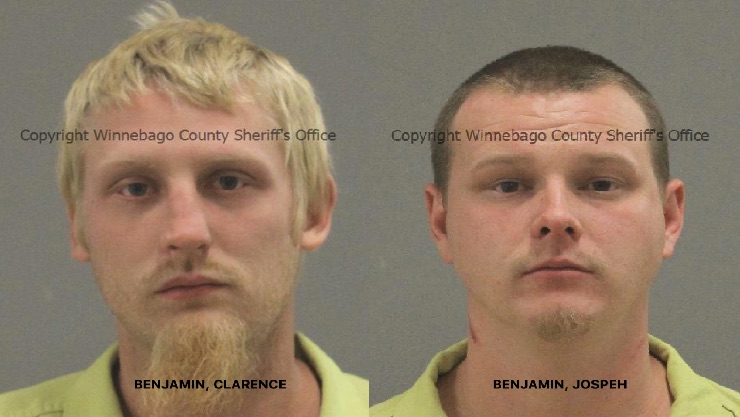 At around 10:30 p.m., Nov. 23, Winnebago County Sheriff’s Deputies were dispatched to 5115 Simpson Road in response to a disturbance. At the scene, they located 28-year-old Albert Perez bleeding from lacerations to his head. Perez died from his injuries Nov. 27.

“An autopsy was conducted by the Winnebago County Coroner’s Office determined the victim died from blunt force trauma,” Hite Ross said in a release.

During the investigation, the defendants were developed as suspects. The case was reviewed by the Winnebago County State’s Attorney’s Office and charges were authorized.

Aggravated battery is a Class 3 felony that is punishable by a sentence two to five years in prison while mob action is a Class 4 felony with a possible penalty of one to three years.

Joseph Benjamin’s bail is set at $20 million. Clarence Benjamin is being held on a $10 million bond. Both men are scheduled to appear in in court at 9 a.m. Dec. 17, in Courtroom A of the Winnebago County Criminal Justice.