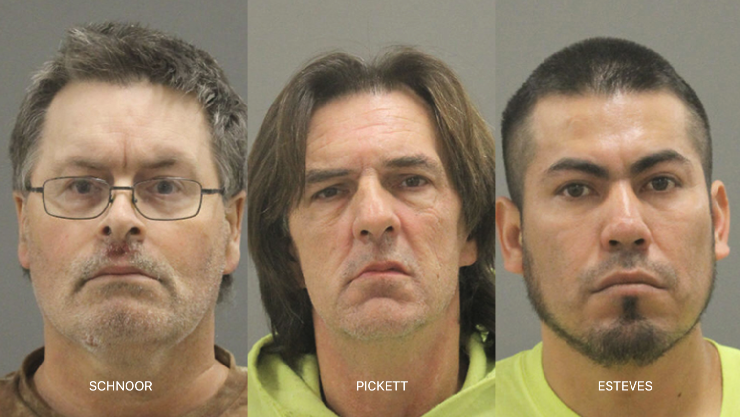 Ricky Pickett, 48, of Rockford, is charged with four counts of predatory criminal sexual assault and four counts of criminal sexual assault to a family member. Police say the charges stem from an incident that occurred July 31, 2018 on Ninth Street. During a follow-up investigation by detectives of the Sensitive Crimes Unit, Pickett was identified as a suspect. He was taken into custody Saturday, Jan. 11.

A Rockford man faces additional charges following an investigation of a sexual assault authorities say occurred last November at a residence on South Fifth Street. The suspect in that case was identified as 53-year-old Hubert Schnoor. He’s charged with criminal sexual assault and aggravated criminal sexual abuse. Schnoor was served with a warrant for those charges inside the Winnebago County Jail, where’s lodged in an unrelated case.

Esteves was taken into custody on Sunday, Jan. 12, and is charged with aggravated criminal sexual abuse and domestic battery.

In all three cases, the suspect was known by the victim.

Minneapolis Mayor Jacob Frey: Derek Chauvin should be charged with murder in death of…

Biden says he was too ‘cavalier’ with black voters comment