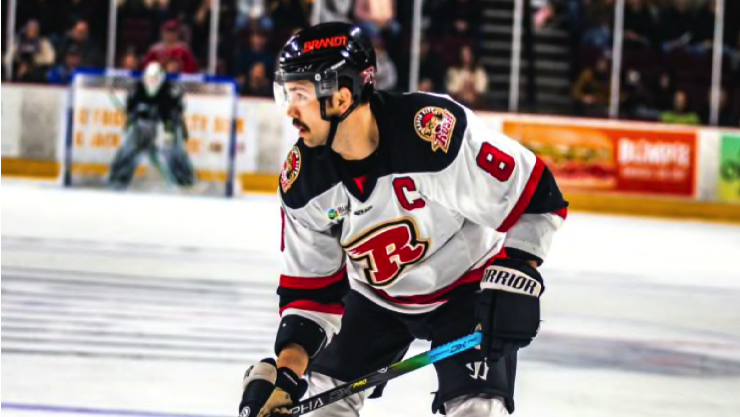 ROCKFORD – The Rockford IceHogs announced Monday that they have singed forward Peter Quenneville to a professional tryout agreement and released forward Josh Winquist.

Quenneville, 25, leads the Rapid City Rush of the ECHL with 45 points (20 goals, 25 assists) over 37 games, serves at team captain and was named to the 2020 Warrior/ECHL All-Star Classic as a part of the Western Conference All-Stars. The Edmonton, Alberta native is the older brother of current IceHogs forward John Quenneville and was originally selected by the Columbus Blue Jackets in the seventh round (195th overall) in the 2013 NHL Entry Draft.

The 5-foot-11, 196-pound forward spent the previous three seasons overseas in Denmark, Norway, Finland and Czech Republic with four different clubs totaling 116 points (61 goals, 55 assists) over 126 game. Quenneville skated in one contest with the Lake Erie Monsters of the AHL during his rookie season (2015-16) and 58 games with the Cincinnati Cyclones, scoring 11 goals and 15 assists for 26 points.

Winquist, 26, appeared in three games with the IceHogs, making his team debut on Jan. 8 vs. Manitoba. The St. Albert, Alberta native returns to the Toledo Walleye of the ECHL where he currently sits fourth on the team in scoring with 29 points (seven goals, 22 assists) in 26 games.

With Monday’s signing, the Quennevilles become the third pair of brothers to play for the IceHogs in recent years. Alex and Terry Broadhurst skated for the ‘Hogs during the 2013-14 campaign while Dylan and Tyler Sikura have been together in Rockford for parts of the last two seasons.