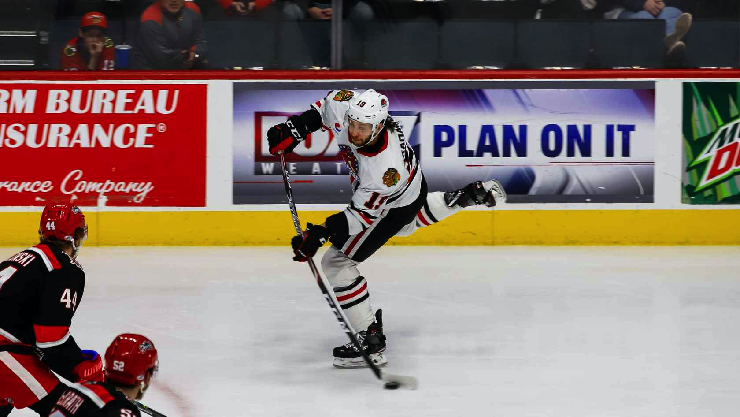 GRAND RAPIDS, Mich. – Chad Krys notched his first professional goal late in the third and Ben Youds and Joseph Cramarossa each scored in the shootout to lift the Rockford IceHogs over the Grand Rapids Griffins 2-1 at Van Andel Arena Wednesday.

With 7:27 remaining in regulation and the IceHogs down by a goal, John Quenneville entered the zone and backhanded a shot from the right-hand boards that rimmed around to the left wall. Pinching down from the point, Krys shoveled the puck toward the net and beat Griffins netminder, Kevin Poulin, to register his first pro tally to send the contest to overtime.

Then, because of some brilliant goaltending from both Poulin and Rockford goalie, Collin Delia, the game was pushed to a shootout.

Youds faked a backhand shot and jammed home the first goal of the shootout on his forehand before Cramarossa faked a forehand shot and tucked home a backhander to clinch the second point for the visiting IceHogs.

Delia stopped both Grand Rapids shootout attempts and stopped 29 of 30 through overtime while Poulin stopped one of three in the breakaway contest and denied 25 of 26 prior.