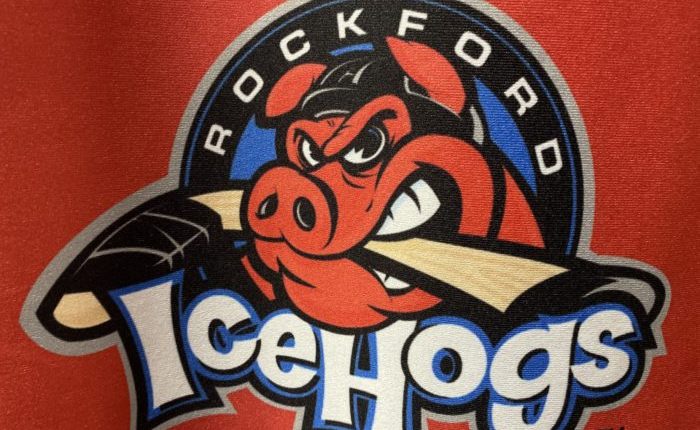 ROSEMONT, Ill. – Collin Delia made 34 saves and Gabriel Gagne notched a goal and an assist in his IceHogs debut as the Rockford IceHogs shut out the Chicago Wolves 2-0 at Allstate Arena Sunday afternoon.

With the IceHogs up 2-0 midway through the third, the Wolves broke in on a 2-on-1 rush. Delia slid from his left to his right to deny the back-door bid and maintain the Hogs’ two-goal lead. Delia kicked away all 34 Chicago shots on the day to earn the second shutout of his AHL career.

Rockford opened scoring just 29 seconds into the second period when Gagne shot a puck from the top of the right circle that bounced off a Wolves defender and landed in the crease. Tyler Sikura then dove to swat the bouncing rubber into the open cage.

The IceHogs then doubled their lead in the final minute of the middle frame when Gagne tallied with just eight seconds remaning. Dylan Sikura entered the zone on the left side and dropped a pass for Gagne, who slapped home his first goal in his first game of the season and gave Rockford a 2-0 lead.

Delia shut the door the rest of the way to secure the victory for the IceHogs, who won two of three games on this road trip.

With the win today, the IceHogs have now won six of seven games against the Wolves this year…They began the season by setting a franchise-record five-game win streak against the cross-state rival.

Dylan Sikura’s assist today gave him four points (1g, 3a) in his last four AHL contests for a four-game point streak…It’s the second time this season Sikura has racked up a four-game streak, and the stretch ties for the longest point streak by an IceHog this season.

With his goal, Tyler Sikura has now notched a point in every game against the Wolves this season with the exception of the two club’s initial meeting on Oct. 18. Since that game, the elder Sikura has scored seven points (4g, 3a) in six contests.