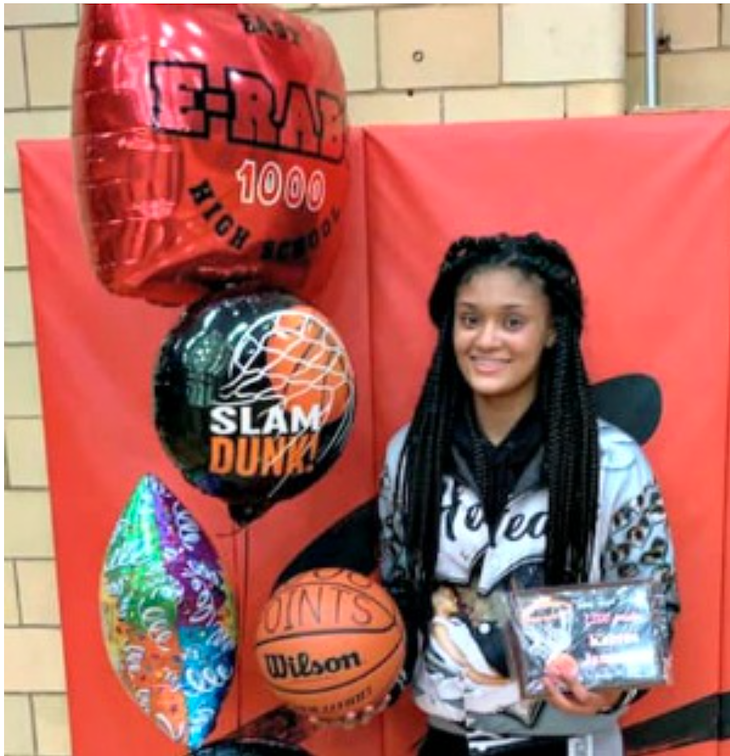 ROCKFORD –  On a night Kabrea Jamerson was honored for making history, she made even more.

The East E-Rabs held a ceremony before the game to celebrate the fact that Jamerson passed 1,000 career points over the Martin Luther King weekend. She is just the fourth East player to do so – joining Mardaeja Cross, Tiffany Chatman and Gina LaMay.

Then Jamerson, a senior, went out and scored 45 points to single-handedly keep the E-Rabs alive against the Vikings in a 72-65 double-overtime loss.

Although records on the girls side are a bit sketchy, it is just the 12th 40-point plus game by a NIC-10 girls player in history, according to the NIC-10 History Book.

Ironically, the game was a matchup of the two most recent players to join the 1,000-point club. Guilford junior Kate Dennis topped the mark last week.