Patrick Pursley readying ‘I Am Kid Culture’ curriculum for Rockford 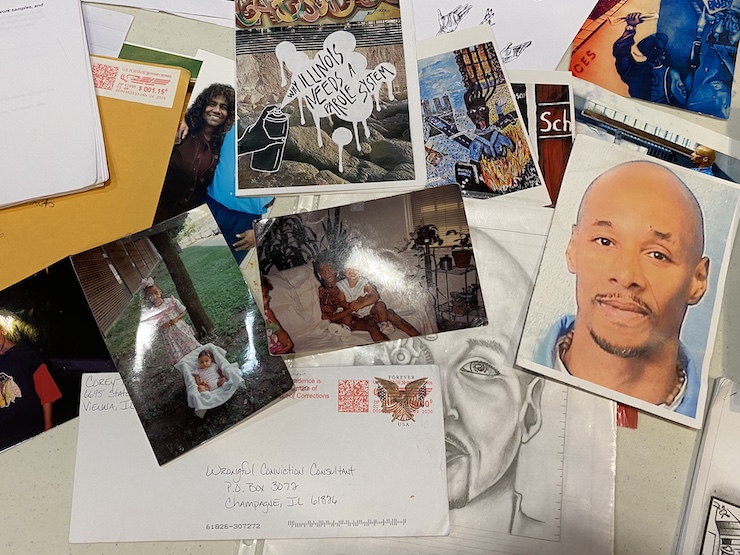 ROCKFORD – When Patrick Pursley began writing an educational curriculum for at-risk youth nearly two decades ago, he was serving a life sentence for murder.

And while he knew he was innocent and had appealed his conviction, Pursley wasn’t counting on seeing the other side of the walls that surround Stateville Correctional Center any time soon. He knew he could die there for the 1993 shooting death of Andy Ascher before his case made any significant movement.

Pursley also knew there were generations of kids on the streets–Rockford streets–who were destined for incarceration. So, in the early 2000s, he took his prison education and coupled it with a vision to make a difference in his community, the place where he became an institutionalized product of the prison system. It’s where a fight for freedom gave birth to a penchant for social change.

“I Am Kid Culture was born on a jailhouse bunk,” he said of the seven-week curriculum.

Endorsed by college professors, I Am Kid Culture promotes higher education by intersecting academia with performing arts, and hip-hop to connect, influence, and encourage kids and teens to recognize their intrinsic value.

Although Pursley was acquitted of first-degree murder in last year, he was no stranger to the prison system and had certainly not recognized his value when first convicted in 1994. By then he’d already done stretches for various crimes. He wasn’t fazed by the prison experience. He’d long been desensitized, if not dehumanized by the corrections process.

A product of the DCFS system, Pursley was in and out of more than a dozen foster homes and did what many kids in his situation did when he landed in Rockford. He joined a gang. The west side became an expanse of survival and that which provided whatever skewed levels of success of he could reach.

Years later, while working on his appeal and serving as a jailhouse lawyer, Pursley realized most of the inmates who sought his help were cut from same urban cloth. He saw himself in who came though the Stateville doors. Each had the same cautionary tale.

“When I first wound up in Rockford in 1980, the old-school gang chiefs started recruiting us,” Pursley, now 54, said. “They recruited droves of kids and used us as weapons so they could extort different drug dealers. This method is still used today.”

Pursley said recruits do whatever higher-ups say. If it’s to steal, they steal. Fight someone? Don’t ask questions. Take up a gun? Do it. They do whatever earns them credibility among the ranks that control the streets, chipping away at their self worth until there’s nothing left on a lonely road that leads to the morgue or penitentiary. It’s a familiar story, one Pursley aims to rewrite.

Pursley is currently working with the Rockford Housing Authority to bring I Am Kid Culture to the Fairgrounds Valley housing community. His goal is to enroll 15 students.

And while tuition is free, it’s a premium course that’s on pace with what is taught at the college level, which means it comes with costs, between $750 and $1,000 per student. Each student will receive a tablet, study materials and meals.

Course topics  include value systems, owning up to mistakes, self-destructive behavior, gang involvement, peer pressure, PTSD and storytelling through various media. Students will a certificate and participate in a graduation ceremony.

So far, funds to keep I Am Kid Culture going have come out of Pursley’s pocket. He’s also raised some money at community events. He’s applying for grants and seeking private donors to bridge the gap.

“We are trying to put ourselves in the position to teach kids the importance of a career, the importance of career trajectory planning and also to understand the mental health aspect of living in war zones, where they hear gunshots three, four, five times a week at least,” he said.

Pursley, who now speaks at colleges and universities across the country, said once he gets I Am Kid Culture going in Rockford, he will bring it to other cities.

The group has already produced a mix-tape of positive songs by Rockford kids and a music video. I Am Kid Culture is a 501(c)(3).

Staffer who testified against Trump booted from White House