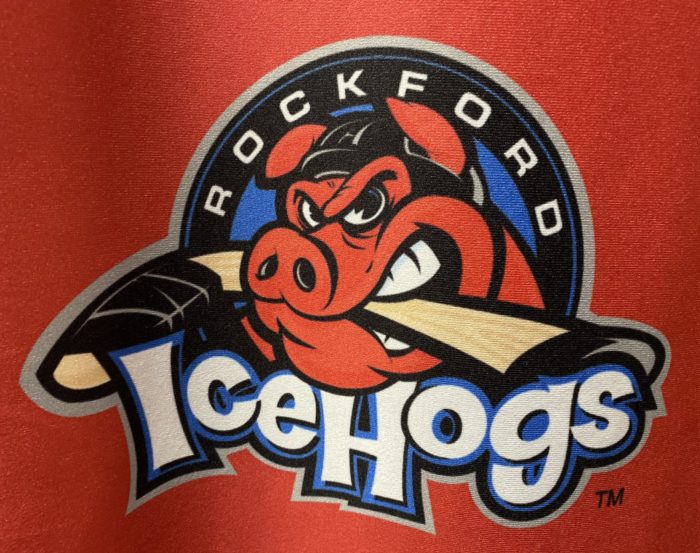 WINNIPEG, Manitoba – Three different skaters notched multi-point games for the Rockford IceHogs to push them past the Manitoba Moose 5-2 at Bell MTS Place on Thursday evening.

The IceHogs opened scoring near the end of the first period when Joseph Cramarossa and Garrett Mitchell netted goals 1:09 apart to put Rockford up 2-0.

Cramarossa broke into Manitoba’s zone on a 2-on-1 with Tim Soderlund 16:52 into the beginning stanza. Soderlund pulled the puck to his backhand and slid the puck across the crease for Cramarossa, who stuffed home the back-door feed.

Mitchell doubled the IceHogs’ lead 18:01 into the frame when Jacob Nilsson skated around the perimeter of the zone and fired a wrister against the grain. Mitchell deflected the shot into the cage to give Rockford the insurance marker before the first intermission.

Rockford’s Kevin Lankinen stopped all 16 Moose shots in the opening twenty, but Collin Delia was forced to step in and take over goaltending duties going forward.

The Hogs wasted no time building on their lead in the second, as Nilsson added a goal when he and Brandon Hagel skated in on an odd-man rush just 1:11 into the period. Hagel sent a backhand pass to Nilsson, who one-touched the puck past a sliding Mikhail Berdin to make it 3-0 in favor of the visiting squad.

Manitoba spoiled the shutout when JC Lipon beat Delia 12:52 into the middle twenty, but the IceHogs added two more goals in the third to put the final nails in the coffin.

Lucas Carlsson bagged his second assist of the game with 13 minutes remaining in regulation when he blasted a one-timer on the power play toward Tyler Sikura, who redirected the bullet to make it 4-1.

Rockford’s Mitchell earned his second tally of the game when he deposited an empty-net goal and Michael Spacek added another goal for the Moose late to push the score to 5-2.

Delia stopped 17 of 19 shots in relief and Berdin stopped 16 of 20 in the losing effort.