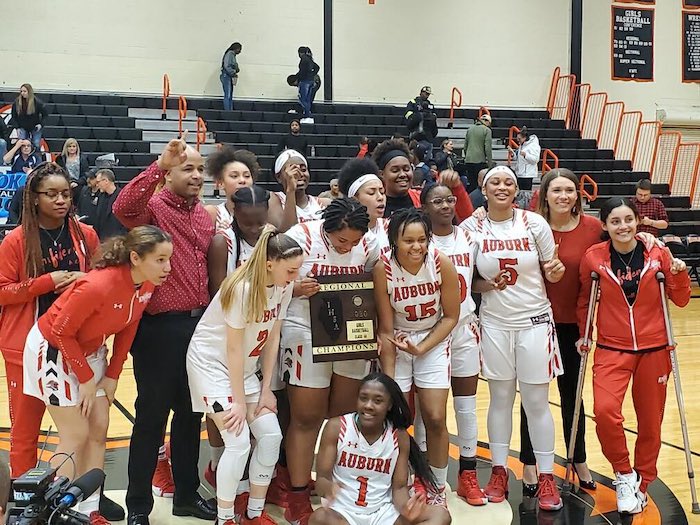 Hannah had 18 and Hill 14 as the Knights won their first regional title since 1987 and just third in program history.

Zhakyla Evan Evans had 10 and her biggest basket was when the Barbs had cut the lead to five, 25-20, early in the third quarter. Evans hit a three-pointer and then stole the ball and scored on a layup to spark a 16-2 run to esstentially end the game.

The win improved Auburn to 26-6. The 26 wins ties the Knights with the 1990-1991 Jefferson J-Hawks team that qualified for state and is in the Rockford Public Schools Athletics Hall of Fame.

The Knights can break the record Tuesday in Huntley in the opening game of the sectional. Auburn faces 20-9 Barrington at 7 p.m.

In other girls action involving NIC-10 Conference teams, Boylan registered a 66-45 win over Belvidere North in the 3A Regional at Freeport while Huntley clipped Hononegah in the Class 4A Regional at Guilford.