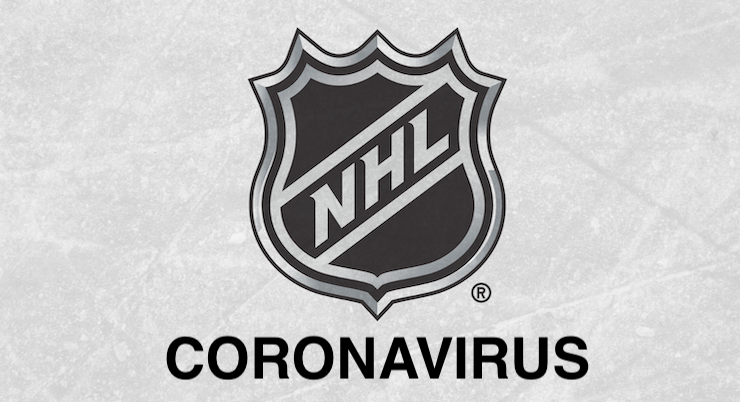 NEW YORK – The NHL will pause the 2019-20 regular season due to the concerns of the coronavirus, the league announced Thursday.

The NHL has 189 games remaining, including 10 scheduled for Thursday. The regular season was scheduled to end April 4, with the Stanley Cup Playoffs starting the week of April 6.

“In light of ongoing developments resulting from the coronavirus, and after consulting with medical experts and convening a conference call of the Board of Governors, the National Hockey League is announcing today that it will pause the 2019 20 season beginning with tonight’s games.,” the NHL said in a statement.

“The NHL has been attempting to follow the mandates of health experts and local authorities, while preparing for any possible developments without taking premature or unnecessary measures. However, following last night’s news that an NBA player has tested positive for coronavirus – and given that our leagues share so many facilities and locker rooms and it now seems likely that some member of the NHL community would test positive at some point – it is no longer appropriate to try to continue to play games at this time.

“We will continue to monitor all the appropriate medical advice, and we will encourage our players and other members of the NHL community to take all reasonable precautions – including by self-quarantine, where appropriate. Our goal is to resume play as soon as it is appropriate and prudent, so that we will be able to complete the season and award the Stanley Cup. Until then, we thank NHL fans for your patience and hope you stay healthy.”

The announcement comes one day after the NBA announced it was suspending its season after a player on the Utah Jazz tested positive for the virus.

Major League Baseball announced Thursday it was suspending al operations indefinitely. Also Thursday, Major League Soccer announced it was suspending its season for 30 days. The PGA announced that The Players Tournament in Ponte Vedra, Florida, and all tournaments in the near future will be held, but without spectators. The NCAA announced on Wednesday it would play all of its championships, including the Frozen Four and the men’s and women’s division I tournaments without fans.

Before the NHL put the season on pause, the Columbus Blue Jackets were scheduled to play the Pittsburgh Penguins at Nationwide Arena on Thursday without fans in response to an order banning mass gatherings in Ohio. The San Jose Sharks, responding to a similar ban in Santa Clara County in California, were planning to play their remaining home games this month without fans at SAP Center.

Winnipeg Jets captain Blake Wheeler said Wednesday he was ready to follow whatever steps the League would take.

“The League is going to have the best interest of the players and the fans and everyone involved in making this league what it is,” Wheeler said. “You just trust that the information they’re getting is going to be relayed and take the proper steps to make sure (of) the safety of everyone.”

Under Trump’s order, GM could produce 100K ventilators per month