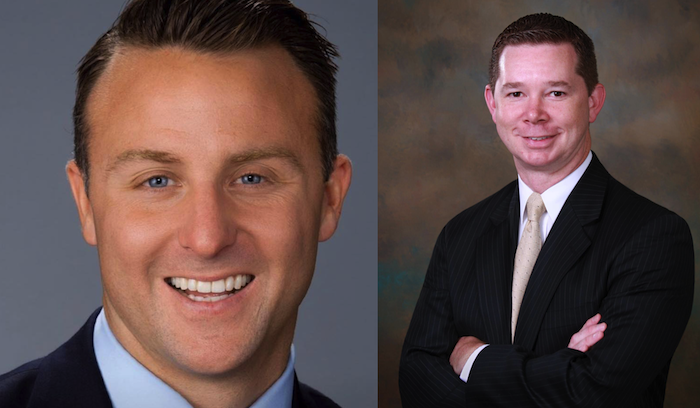 UPDATE: As of late Wednesday, March 18, the GOP primary race for Winnebago County state’s attorney is tied. J. Hanley and David Gill both have 8,312 votes as mail-in ballots are being counted.

ROCKFORD – Candidate for Winnebago County state’s attorney J. Hanley is hoping once the mail-in ballots are counted he will emerge the winner of Tuesday’s GOP primary election.

“There are mail-in ballots which will be counted in the next few days,” Hanley said in a Wednesday afternoon Facebook post. “The election authorities will not make the election ‘official’ until March 31. As such, we may not know the final count until then.”

Hanley did not say whether he would press the issue further than the mail-in tally. Instead, he thanked his family, volunteers and Gill.

“I want to compliment my opponent on a race well run,” he said. “Having an opponent of Mr. Gill’s caliber brought the best out of me.”

A former assistant in the Winnebago County State’s Attorney’s Office and Rockford native, Hanley was also federal prosecutor in Tucson, where he worked on drug-smuggling  and human-trafficking cases. He currently serves as general counsel for the Rock River Water Reclamation District.

Gill is also a Rockford native and was an assistant in the Winnebago County State’s Attorney’s Office for eight years. During that time, he was a misdemeanor trial supervisor and part of the felony trial team where he prosecuted cases relating to aggravated discharge of a firearm, aggravated battery with a firearm, aggravated domestic battery, arson, theft, and gang-related crimes. He’s father, Timothy Gill, and grandfather, Robert C. Gill, were both judges.