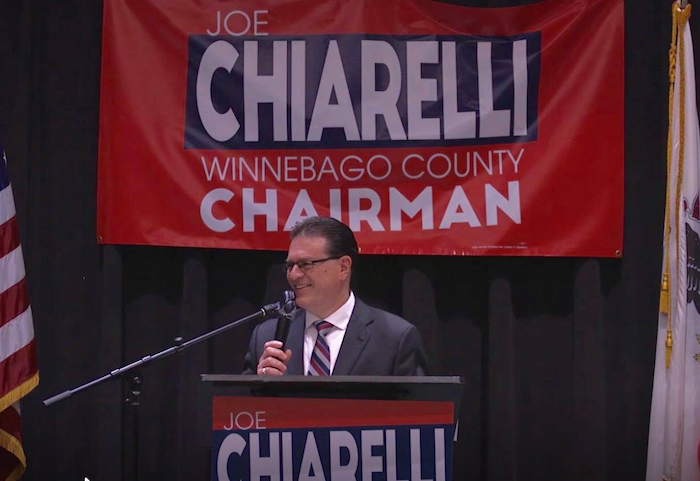 Chiarelli will face District 15 board member Burt Gerl (D) in the November general election. The winner of that race will take over for County Board Chairman Frank Haney, who announced last year that he would not seek a second term.

In other Winnebago County Board Republican races, local radio personality Kevin McCarthy (637 votes) narrowly defeated John Penney (631) in District 11.  Incumbent Dave Fiduccia garnered only 93 votes in the three-way race. As of this report, McCarthy will run unopposed in November.

Mental health tax passes
County voters approved a half-cent sales tax referendum Tuesday, a measure leaders say will generate more than $13 million per year for additional services for those suffering from mental health issues. The funds will be overseen in part by a newly created countywide mental health services board.