J.B. Pritzker: ‘I’ve given up on the federal government’ 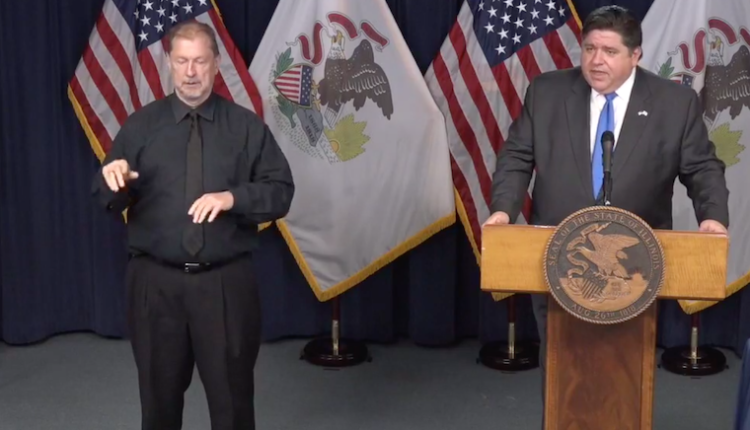 CHICAGO – J.B. Pritzker has been known throughout the COVID-19 crisis for voicing his opinion that the federal government has done little to help Illinois with equipment to fight the virus.

“I’ve given up on the federal government honestly,” Pritzker said Sunday, responding to an Associated Press report that the Strategic National Stockpile is nearly empty of personal protective equipment, otherwise known as PPE.

With national supplies low and shipments to Illinois scant, Pritzker has not stopped sourcing masks, gloves, gowns–even ventilators– from other suppliers. But he said had federal agencies heeded warnings about coronavirus before it started exponentially spreading in major U.S. population centers, the pandemic would more manageable.

“We all know that they had intelligence briefings, they had memos, they had advice from medical advisors all the way back in January,” he said. “We knew in February, many of us from just watching television, let alone what intelligence agencies knew, (coronavirus) was overtaking parts of the world and was clearly coming towards the United States.

Pritzker said had federal officials taken the virus more seriously three months ago, “fewer lives would be taken.” He added that Washington’s lack of preparation and the president’s decision to not make strong use of the Defense Protection Act has states competing against each other, and with the federal government in some cases, to purchase medical equipment on the open market.

The Democrat’s words didn’t fall on deaf ears in the White House, as President Donald Trump made a point to mention him Sunday while reading from a list of states that will receive ventilators–Illinois is getting 600–next week.

“Pritzker. He’s always complaining,” the president said. “I just said, ‘Give me a list of a couple of the things we’ve done in Illinois.’ We’re building a 2,500-bed hospital in McCormick Place. That’s a big convention center in Chicago. We’re helping to staff it and probably will end up staffing it because he’s not able to do what he’s supposed to be able to do as the governor.”

What Trump didn’t not mention was that the McCormick Place conversion was sparked largely by Pritzker and Chicago Mayor Lori Lightfoot in their talks with the Army Corps of Engineers, plans that began taking shape last month.

Regardless, Pritzker, who has sparred with Trump on Twitter early in the outbreak, said he is trying to control his frustrastion, but won’t stop short when it comes to matters of the state.

“I’ve been quite angry, but I will fight for the people of Illinois,” he said. “I will say what I need to say, and I will do what I need to do to protect them.”

Pritzker was one of the first governors to institute a statewide stay-at-home order when he ordered all nonessential businesses to close March 17, grounding the majority of Illinois’ 12.85 million people. The order is in effect until May 1.

As of this report, 11,256 people in Illinois have tested positive for COVID-19. Two hundred forty-three have died.