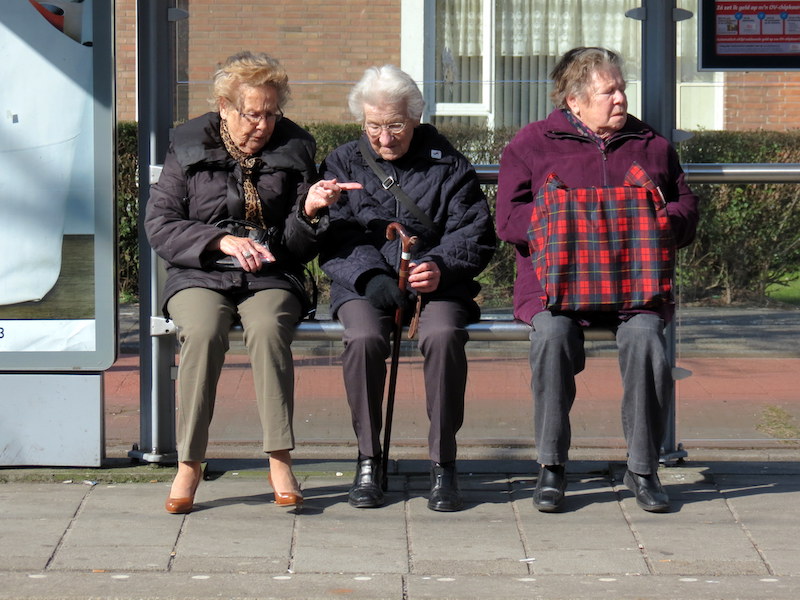 CHICAGO – Illinois Gov.  J.B. Pritzker says the state is keeping a close watch on nursing homes home across the state to stop the spread of COVID-19, as the national death toll at long-term care facilities surpassed 2,600 Sunday.

The governor said his administration has been in close contact with administrators of public and private nursing homes for more than a month as part of his ongoing mitigation plan.

“We’ve been working hard across the state from the very, very beginning to set standards for not only our own long-term care facilities that the state runs, including veteran’s homes, but for the privately run nursing homes to set protocols for them to make sure they’ve got the proper amount of PPE and they are following the rule book that we set up for them,” Pritzker said.

The elderly have been vulnerable from the pandemic’s onset. Older people often have weakened immunes systems, and nursing-home residents with other health problems are even more susceptible to serious illness because of COVID-19. Both are some of the outbreak’s harshest realities and why Pritzker says he took early action.

“About the middle of March, even earlier than that, we shut down having visitors come into these facilities, we made sure we were checking people on a medical basis who work at these facilities every day before every shift, doing everything we could to keep the virus from getting into a facility,” Pritzker said.

In situations where workers are exposed, even infected, Pritzker said the first priority is to ensure that outside medical attention is available. Then there’s the protocol for when residents start getting sick.

“If anyone has (COVID-19) inside a facility, we separate them from those who don’t have it,” he said.

Such was the case at Rockford’s Anam Care Center April 1. That’s when a resident developed a fever and within 24 hours was transported to a hospital. Not long after, a second resident had a fever and difficulty breathing. One resident has since died from complications of COVID-19.

Administrators say although they are no strangers to death and sickness is part of their everyday scope, a pandemic presents another set of hurdles.

“Assisted-living facilities across the state have been challenged by the extraordinary caregiving with COVID-19,” Anam CEO Bernie Marinelli said. “The Anam Care campus is challenged greatly.”

The facility’s challenges are two-fold. First, it’s a congregate living system. The second challenge is that most residents suffer from existing illnesses, some requiring memory care.

“Our residents wander and touch each other as part of their social interaction on a day-to-day basis,” Marinelli said. “That provides them love, support, care, and it’s  quite natural to their living circumstances at Anam Care. On top of that, they do not possess the ability to understand social distancing. They are accustomed to holding a hand. They are accustomed to being caressed.”

Anam Care enacted enacted a full lockdown in early March as the pandemic loomed. Along with physical distancing, monitoring residents and staff for symptoms of  COVID-19, the move was in accordance with what public health officials were recommending.

“Staff went through virus screening before work, during work and upon leaving work,” she said.

Still, the coronavirus found its way into the facility, reinforcing that assisted-living facilities are generally ill prepared for large-scale outbreaks.

“We have no idea how this started,” Marinelli said. “We were fine through the month of March, monitoring temperatures. And when the first fever did appear, we were quick to respond. We provided expert cleaning, retraining and in some situations, for a short period of time, we were required to make our own PPE.”

Marinelli isn’t alone. Thirty-nine people have died after contracting COVID-19 at a nursing home in Richmond, York York, where a total of 84 people were infected. A facility in central Indiana saw the virus kill 24 people while a veteran’s home in Holyoke, Massachusetts lost 37.

“It is very difficult in these congregate settings for there not to be some spread,” Pritzker said.

March 17, Pritzker made Illinois the second state to institute a stay-at-home order when he followed leaders in the San Francisco Bay Area who shut things down a day earlier. Illinois was also one of the first to closely monitor nursing homes to prevent large-scale casualties seen in other states.

“And that’s been going on for some time now,” Pritzker said. “We are almost to the middle of April, and that was about the middle of March, before we became acutely aware of what we need to do as a state.”

About half of Lake County’s more than 40 COVID-related deaths were nursing homes residents, while more than two dozen people at a DuPage County facility have been infected.

In Winnebago County, a total of seven people with COVID-19 have died, including two nursing home residents.

Trump: Not governors’ decision when to re-open states